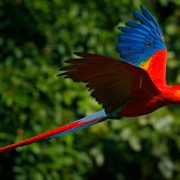 Over the past few years we have reported on Xcaret’s remarkable mission to bring the scarlet macaw back from the brink of extinction in Mexico. To date, 242 macaws raised in the Riviera Maya park have been transported to jungle reserves in the Palenque region of Chiapas and Los Tuxtlas in southern Veracruz, where they have been released into the wild after a period of adaptation. Thanks to this project, the wild macaw population in Mexico is now almost double what it was in 2013 and in Los Tuxtlas flocks of these beautiful birds are now seen where they had been extinct for 50 years.

There’s more good news. The released macaws are beginning to form breeding couples and the first chick was born in Nanciyaga Reserve in Veracruz during the summer and is doing well. Hopefully it will be the first of many. 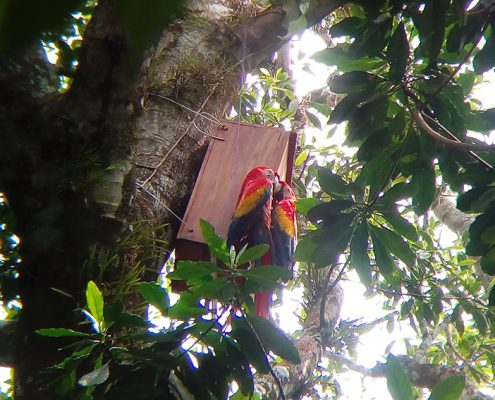 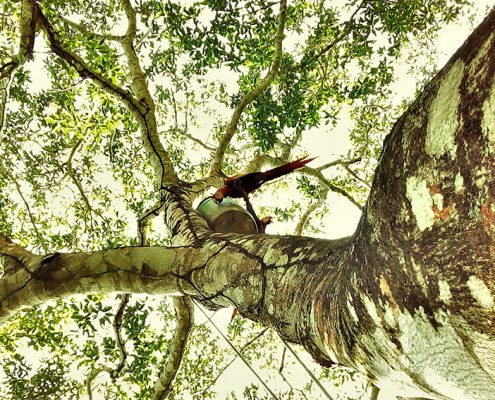 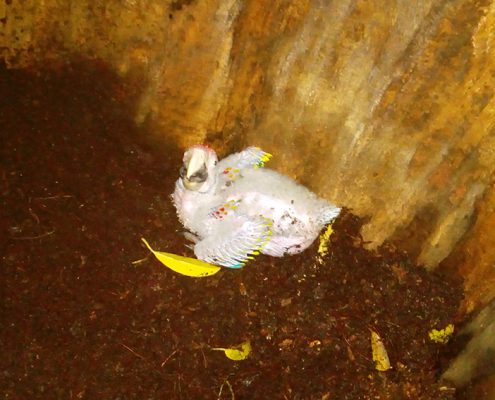