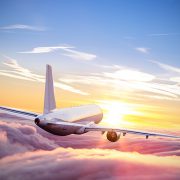 In preparation for the winter season many airlines are expanding their Cancun flight networks, adding routes or extra departures. Frontier has new routes from Raleigh-Durham and Las Vegas, and Southwest Airlines from Indianapolis, Milwaukee, Pittsburgh, Raleigh-Durham and San Antonio.

In Latin America, Aeromexico has a new service from Medellin, Colombia, GOL Airlines is flying from Brasilia and Copa Airlines is upgrading to 737 aircraft on its Panama City – Cancun route due to growing demand.

Air France also has plans for expansion in the years to come.

In more flight news, Cancun Airport expects to receive 25 million passengers by year-end, a new record. The number of passengers for 2018 is six percent up on 2017.