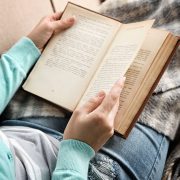 Many of us have been catching up on our reading through the months at home. After a day working online, it is a way to let your imagination take flight and travel. It doesn’t matter if you are reading the latest book by your favorite writer, rereading Jane Austen, Thomas Hardy or Henry James or following in the footsteps of a travel writer, it will transport you to a world of magic.
Here are some of the books we have been reading recently if you are looking for a good read.

West Country Trilogy
Tim Pears
Set in a farming valley on the borders of Somerset and Devon in the West Country in Edwardian England, The Horseman, The Wanderers and The Redeemed follow the fortunes of a boy called Leo Sercombe. The son of a carter, he has inherited his father’s skill with horses and wants to work in the estate stud farm. He meets Miss Charlotte, the Master’s daughter and despite the rigid social boundaries, they become friends through a shared love of horses. As they become teenagers they fall in love.
Exiled from the estate when his friendship with Lottie is discovered, Leo wanders further west into Cornwall in search of his mother’s kin. He is sleeping rough and living off the land when he is attacked by a gang of thieves and left for dead. A family of gypsies nurses him back to health but their law dictates that he is now bound to them as a servant.
He eventually escapes and continues his journey, meeting farmers, miners and a traumatized soldier and veteran of the Boer War living as a hermit on the way.
In the meantime, Lottie tries to find out what has happened to him and seeks solace in nature as her father falls in love again.
The third book begins in 1916 with Leo shoveling coal on HMS Queen Mary. He is soon caught up in the war as the ship is torpedoed during the German attack on Scapa Flow. He is one of a handful of survivors and he becomes a salvage diver trying to raise the sunken fleet.
Years pass and he still dreams of returning to his homeland. When he finally retraces his steps and becomes a farmer, he is reunited with Lottie who has fought her own battles.
Tim Pears’ descriptions of West Country rural life and landscapes make this trilogy a must.

Notes from a Small Island
Bill Bryson
A travel classic that never grows old. The journeys of US writer Bill Bryson through the United Kingdom; this is his funny and affectionate look at the island and its people.
Once you have read one Bill Bryson book, you’ll be hooked and will be searching for the next one, whether narrating his adventures on the Appalachian Trail or Down Under in Australia.

Redhead by the Side of the Road
Anne Tyler
Micah Mortimer is a 40-something building superintendant and IT technician who is a creature of habit and finds connecting difficult. He lives by his daily routines until his world is turned upside down by the visit of a teenager who mistakenly believes that he may have found his father. Anne Tyler is a brilliant observer of human nature and this is a warm, funny and touching story of family, relationships and discovery as Micah realizes that he is not as self-reliant as he thinks he is and that he loves and needs the one person in his life he had been taking for granted.

Circe
Madeline Miller
Daughter of Helios, the Titan sun god, the nymph Circe is the famed sorceress of ancient Greek mythology. This child of nature narrates her own story. Banished by Zeus to the island of Aiaia for using witchcraft in the name of love, she tells of her encounters with gods and mortals, Odysseus and a cast of characters including Daedalus, Scylla, the Minotaur, Medea, Penelope and her son Telemachus.

From the Grand Residences kitchen
Scroll to top