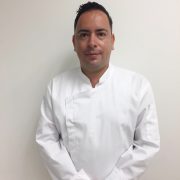 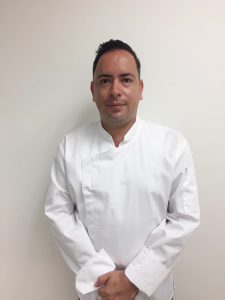 Chef Borbolla trained with the acclaimed French chef Olivier Lombard and collaborated in the opening of Le Cirque restaurant in Polanco before his love of the sea took him to Puerto Vallarta to work for Westin.

After four years, he moved to Los Cabos to join Royal Solaris and 18 months later to Grand Velas Riviera Nayarit, before returning to Baja California Sur and Dreams Los Cabos.

His first job as Executive Chef was at Le Bistro, a gourmet restaurant in Puerto Vallarta and he then returned to Riviera Nayarit as Executive Sous Chef at the Grand Velas Resort where he was responsible for maintaining AAA Five Diamond and The Leading Hotels of the World® quality standards in the resort’s restaurants.

After many years on the Pacific coast, his sights turned to the Mexican Caribbean and he joined Secrets Maroma Beach as Executive Sous Chef before moving to Zoëtry Paraiso de la Bonita & Impression as Executive Chef.

He describes the fresh seafood from the Pacific coast of Mexico and European preparation techniques as having a great influence on his cuisine.

We are sure that you will want to join us in welcoming Chef Borbolla to Grand Residences and look forward to sampling his dishes.