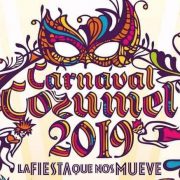 Here’s our monthly listing of upcoming festivals and events in Cancun, Riviera Maya and Yucatan.

The famous light and shadow serpent of Kukulcan appears on El Castillo Pyramid at Chichen Itza and descends from the heavens at sunset on the day of the Spring Equinox (March 20-22). It is also visible the day before and after, cloud cover permitting.
On the day of the Equinox the rising sun also appears through the doorway of the Temple of the Dolls in the ancient city of Dzibilchaltun to the north of Merida.

Masses, processions and reenactments of the Crucifixion, masses, floral carpets in the streets and more on Maundy Thursday, Good Friday, Easter Saturday and Easter Sunday.

Masses, processions, exhibitions and more in Downtown Cancun to celebrate the 49th anniversary of the founding of Cancun.

One of the most important fishing tournaments in the Mexican Caribbean.

Pok Ta Pok Golf course in the Cancun Hotel Zone will be the site for this Hot Air Balloon Festival and there will also be kite flying, cuisine, music and more.

This fishing tournament attracts fishermen from all over the state and the Caribbean. Competitors are asked to follow catch and release policy to help preserve fish stocks.

1,500 top triathletes gather in Cancun for this international triathlon. The swimming course is in the bay between Cancun and Isla Mujeres; the bike race circuit is from Casa Blanca Sports Club in Bonampak Ave to The Royal Sands in the Hotel Zone (two laps) and the running event will take place on Bonampak Ave.