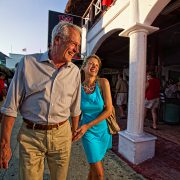 Millions of tourists visit the Mexican Caribbean each year and the authorities work closely to ensure the safety of visitors and residents. Security is being boosted further in the state of Quintana Roo with the implementation of additional monitoring measures, extra police for the cities of Cancun and Playa del Carmen and increased coordination between municipal, state, federal police and military police.

In October, 3,200 military police arrived at a new base located to the north of Cancun in the Isla Mujeres municipal district. They will be working with the different police forces in Cancun, Playa del Carmen and other parts of the state and will carry out surveillance and intelligence gathering.

An additional 2,400 security cameras will be installed in the state’s cities to improve existing monitoring systems.

The Cancun city police force will soon have 50 additional patrol cars and more police on patrol, including extra English speaking Tourist Police in the Hotel Zone to assist visitors.

Mexico welcomed more than 39.3 million international visitors in 2017 and climbed to position No. 6 in the World’s Top Tourism Destinations.

The current US State Department travel advisory for Mexico places no restrictions on visiting Cancun, Riviera Maya, Puerto Vallarta or Los Cabos, some of the world’s most popular vacation spots.

The US travel advisory system classifies threat levels in countries around the world from 1 to 4, with 1 being the lowest threat level and 4 the highest. Mexico is in the Level 2 category, which is the same as many European countries such as Germany, France, United Kingdom, Spain and Italy and the recommendation is for ‘Visitors to Exercise Caution.’