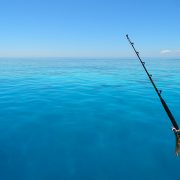 164th Anniversary of the Foundation of Holbox, Holbox, July 22

168th Anniversary of the Settlement of Isla Mujeres, August 17

Isla Mujeres celebrates its anniversary in August, 168 years since the first settlers in the modern era founded the village of Dolores. Isla Fest events include processions, dance performances, live music and more.

This year’s FIC Maya Festival showcases the Maya of today, the descendants of the ancient temple builders. Scattered across Quintana Roo, Yucatan, Campeche, Tabasco and Chiapas in southeast Mexico, Guatemala, Belize, parts of El Salvador and Honduras, they speak 31 different languages and keep faith with many ancient beliefs and customs. Learn about their traditions, farming, cuisine, their art, textiles, timeless rituals, music, dance and festivals. The program will feature seminars and round tables, concerts, film, theater, dance performances and more.

This year, the Mexican state of honor is Aguascalientes, also famous for its textiles and embroidery. The guest country is India, another nation rich in traditions that is home to ancient cultures dating back thousands of years.

Good news for jaguar conservation in Mexico
Scroll to top