The Mexican Institute of Anthropology and History (INAH) has revealed that archaeologists and cave divers exploring a cenote in the Puerto Morelos area discovered the skull of a new species of prehistoric giant ground sloth dating from the Late Pleistocene, between 10,647 and 10,305 years ago.

The expedition dive team was mapping the depths of the Zapote Cenote on the Ruta de los Cenotes when the discovery was made in 2010, but it wasn’t until 2014 that the skull and some of the bones and claws were removed for analysis and dating.

Before analysis could begin the bones had to be dried out, a slow process carried out in sealed chambers in which humidity, light and temperature were carefully controlled round the clock. After three years of study, the results revealed that the sloth is a new species never seen before, it was given the name Xibalbaonyx oviceps, an allusion to Xibalba, the Maya Underworld.

The skeleton was found at a depth of 50 to 55 meters and experts believe that the giant sloth may have fallen to its death when the cenote was dry or the water level was much lower.

Sea level rises during the Early Holocene period 10,000 years ago caused the flooding of cave systems and cenotes in the Yucatan Peninsula. They became time capsules, preserving the bones of prehistoric animals and the earliest human settlers of the area. To date, the bones of 14 other sloths have been found in 11 caves and have yet to be identified.

Giant ground sloths originated in South America but migrated towards North America nine million years ago. A sea once separated North and South America. and they are thought to have swum through the Caribbean from island to island and also between islands forming what are now Panama and Central America. More studies are needed on sloth migration, the geographic barriers they faced and their evolution. 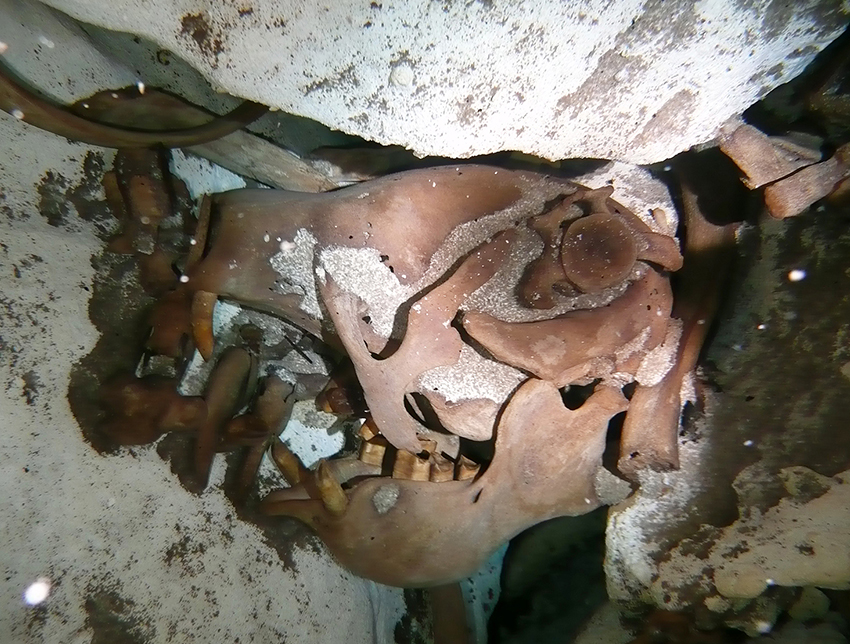