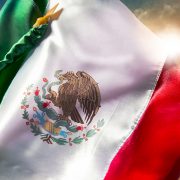 A field of 1,800 athletes will compete in the Xel-Ha Triathlon and the National Triathlon Championship Mexico 2017.

Playa Mamitas is the venue for this popular music event. Admission is free.