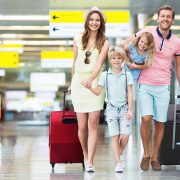 Pressing the button as you go through Customs in Cancun Airport and anxiously waiting to see if the green light flashes or the red light indicating that you need to step aside for an inspection may soon be a thing of the past. The Mexican government has announced the implementation of a pilot project in which international passengers’ luggage will be inspected by Customs agents using x-ray scanners in the luggage claim area, thus eliminating the traffic light system and customs declaration form.

Passengers who have items to declare will pay the customs duties after their luggage is scanned.

The pilot program was launched in Terminal 2 in Mexico City and will be implemented in Terminal 1 and in Cancun International Airport later this year. Los Cabos, Guadalajara and Monterrey will follow in 2018.