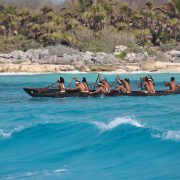 After six months of arduous dawn training sessions, on May 26, 300 oarsmen from Cancun, Cozumel, Playa del Carmen will board 30 canoes in the sheltered inlet at Xcaret ready to embark on the 2017 Travesia Sagrada Maya or Sacred Mayan Journey. They will be following the perilous sea route taken by ancient Mayan pilgrims who traveled to the sacred island of Cozumel (Kuzamil) to worship at the shrine of Ixchel, the goddess of fertility, childbirth and the moon and tides. Depicted as an old woman or a beautiful young maiden, Ixchel was also the patron of fishing, painting and weaving.

This is the eleventh year of the Sacred Mayan Journey, which is the representation of a pre-Hispanic pilgrimage and rituals from the Late Post-Classic period of Mayan history (A.D. 1250-1519). From the backdrop of a Kii’wik or Mayan market and rituals in honor of Ixchel to the clothing, headdresses and face paint worn by the priests and priestesses, the ruling family, dancers and oarsmen, everything has been carefully researched to make it as authentic as possible.

Xcaret Park is the location of the ancient port of Polé, once a Mayan trade center and the departure point for pilgrimages to Cozumel. At dawn on May 26, after a blessing from the priests, the canoes will depart for Cozumel. As the pilgrims’ families bid farewell a flock of scarlet macaws flies overhead in a salute to the rising sun. A fitting tribute as macaws and parrots were sacred birds in the Maya and other Mesoamerican cultures and were associated with the sun god.

The pilgrims make landfall on Cozumel at Chankanaab Park at around 1 p.m. and make their way to the shrine of Ixchel. They return to the mainland the following day and are greeted in Polé with great jubilation.

The Travesia Sagrada Maya originated as an initiative from the Experiencias Xcaret group to restore an ancient tradition and has been enthusiastically embraced by the people of the Mexican Caribbean and visitors from all around the world who have chosen to make their home here. This year, 38 oarsmen from Argentina, Uruguay, Venezuela, Chile, Spain, Italy, France, United States, Canada, New Zealand, Russia, Switzerland and the Netherlands are taking part in the event.

If you would like to witness the Sacred Mayan Journey ask your Concierge for assistance. 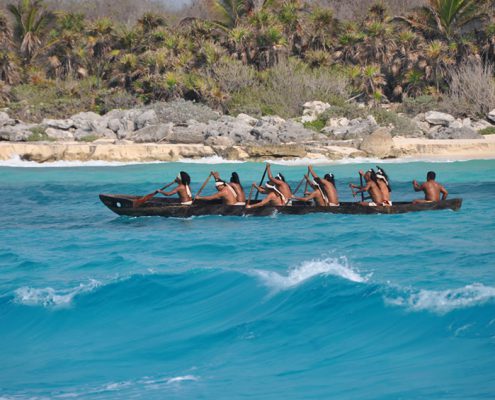 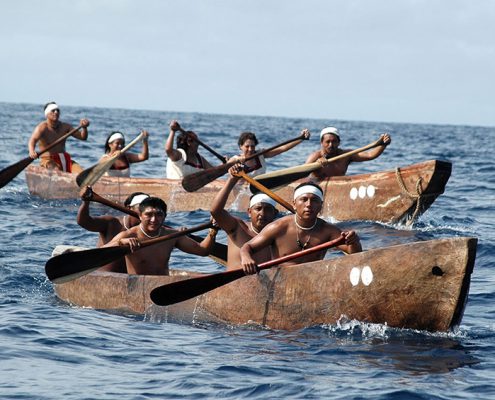 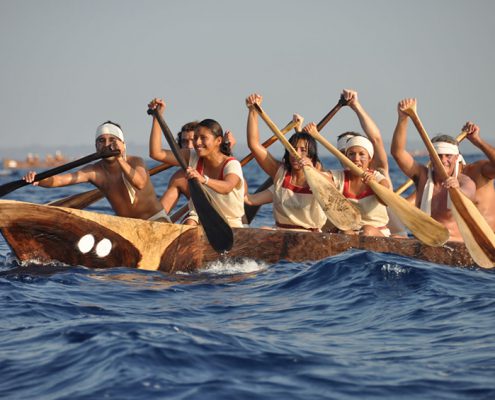 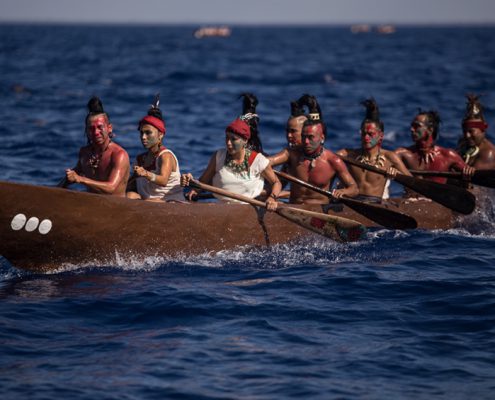 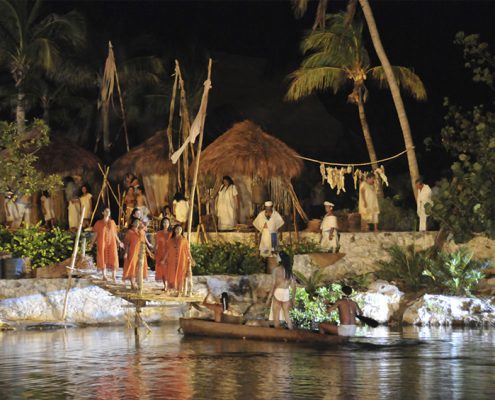 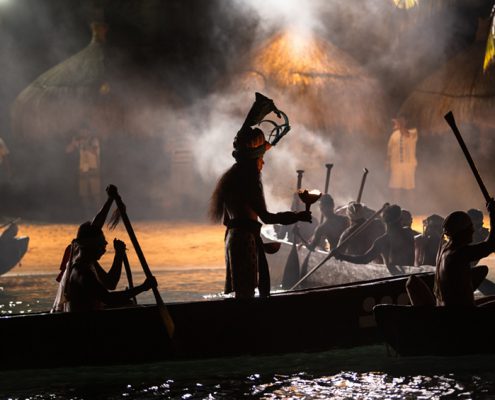 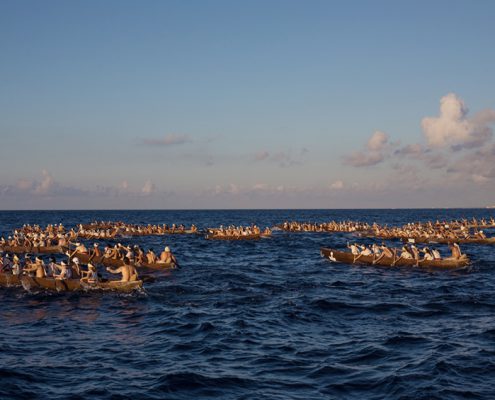 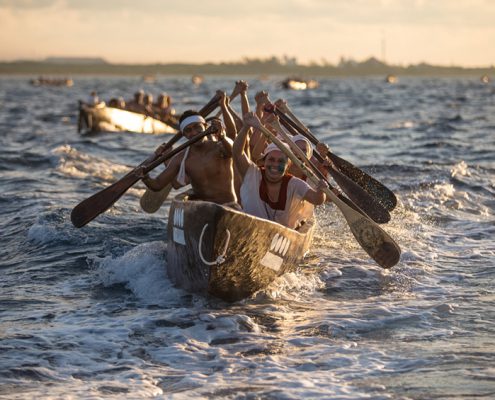