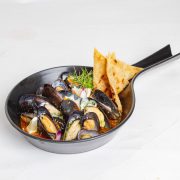 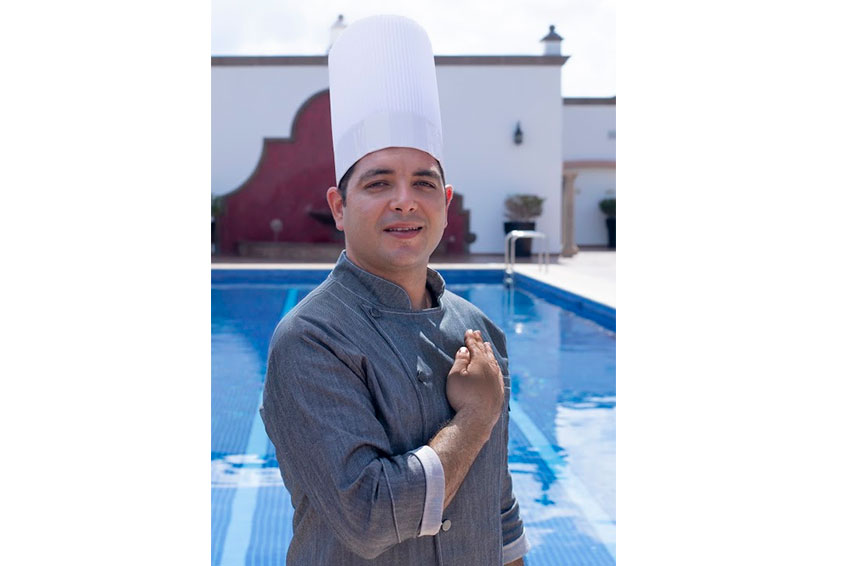 Originally from the state of Michoacán, our new Executive Chef Hector Rentería went to college in Mexico City and has Bachelor’s degrees in Gastronomic Management and Food & Beverages from Universidad de Norteamérica and the Instituto Culinario de México. When asked why he decided to become a chef, he explains, “I love to travel and this was what drew me into the world of cuisine in the first place. You learn about food on the journeys you make as you visit different places and explore different cultures. When I was a student the culinary boom was happening in Mexico with the emergence of great new chefs, but none of us students really knew what the food scene was all about. I began to investigate and realized that it was a beautiful craft and that I wanted to be part of this world, a world of true artists.”

Hector’s career has taken him to leading luxury resort groups in Mexico and beyond its borders, including Four Seasons, Banyan Tree, St. Regis and Karisma. He says, “I have been cooking for 18 years now, working my way up through the ranks. I was appointed Executive Sous Chef at Azul Sensatori by Karisma in 2015 and then Executive Chef in 2018 at Generations Riviera Maya, another Karisma resort. Here at Grand Residences I have a team of 46 and part of my job is to inspire and encourage them in the pursuit of excellence.” He adds, “I believe that any cook that is passionate about the food they cook becomes a chef. It is the power to express themselves through the dishes they serve to diners.

“My travels and career moves have taken me to many countries and you learn about the cuisine, ingredients and the techniques used as you explore the culture.” Hector explains, “Every chef has a different way of working and way of expressing themselves in their art, you can learn from them all, as I did.

“I was with Karisma Group for four amazing years as a Chef in the Resort Opening Team. I opened restaurants at their Punta Cana Nickelodeon Resort with Chef José María. Then they sent me to Holiday Villages in Montenegro, followed by Serbia. It was an intensive year with three new resorts opening in one season!

“In 2012, a job opportunity with Four Seasons took me to Doha and after three months I joined the St. Regis there, where I had the chance to work in an incredible fine dining grill restaurant. However, the Doha immigration system dictates that after your second permit you must stay for two years without leaving the country and I didn’t like the sound of that so I decided to move on. I spent a month in London exploring and working. I even did a stint in a fish and chip shop as I planned my next trip. I had two choices, return to Mexico or go to Thailand. As money was running short by then and I didn’t have enough for a full-on journey through southeast Asia I took the inaugural British Airways London Gatwick flight to Cancun, so you could say I ended up here in the Mexican Caribbean by accident!

“The Slow Food concept of cooking with time-honored methods that go back to our roots and use local ingredients is part of my philosophy. I spent some time working in St. Louis at a superb Italian restaurant and also one that showcased upscale country food, show cooking, the art of grilling and smoking food. It gave me an insight into traditional American recipes. I like the open grill, using smoking techniques and preparing food to be shared with friends and family. I love the family ambiance here at Grand Residences and I already feel at home.

“I want our guests to discover Mexican cuisine during their stay, it’s so much more than a dish, it’s an experience, a culture. The art of making sauces that are the high point of a dish, the warm, freshly made tortilla you are served with your meal, soups, even a pot of beans. We don’t just serve food, it’s much more than that, we share the table and our heritage. Each region of the country has its own culinary culture. We become chefs offering an experience, it’s wonderful, the idea that each thing you eat should be a delightful memory.

“Mexican chefs that have been an inspiration to me?” Hector muses, “Ricardo Muñoz Zurita is more than a chef, he is a historian, Enrique Olvera spearheaded the food boom here in Mexico, the idea of going back to our roots and using artisanal, locally sourced ingredients and traditional techniques. He believes dining should be an experience. And then there’s Eduardo Marin Anaya at Mundo Cuervo. On my list of international chefs I would include Michael Mina and Gerald Sombright.

“I create experiences when I cook and guests will have different dining moments to look forward to at all our restaurants. From its name and iconic lighthouse emblem to the stunning view, El Faro evokes the sea and so the dishes we serve there will showcase the catch of the day and other fresh seafood. Flor de Canela is romantic; its name means “cinnamon flower” and pays tribute to the fragrance of tropical flowers and spices. It is full of intriguing flavors. One of my projects for the future is to offer an authentic Mexican fiesta when it becomes possible to commemorate an important date such as Independence or Dia de Muertos once more.

“My message to our owners and members is that a gourmet experience awaits you, full of exquisite flavors, synonymous with excellence and prepared by a team ready to serve you like nowhere else.”

Cuisine and cooking classes
We are sure that you will love Chef Hector’s gourmet dining experience and creativity. For more great recipes, kitchen stories and tips don’t miss his cooking classes. Sign up with the Concierge. 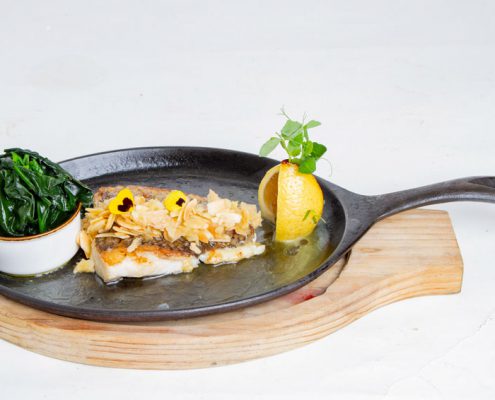 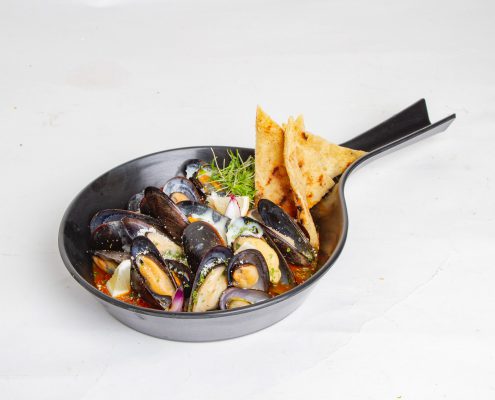 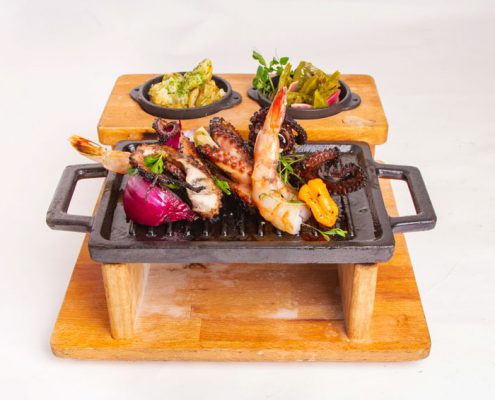 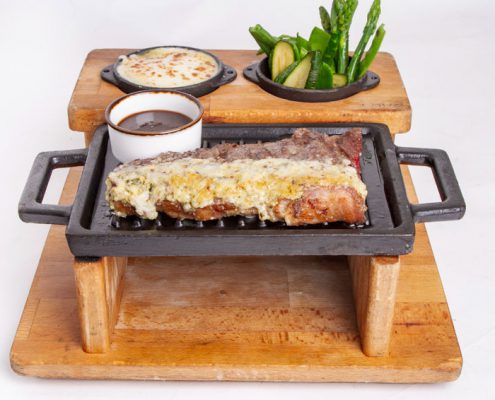 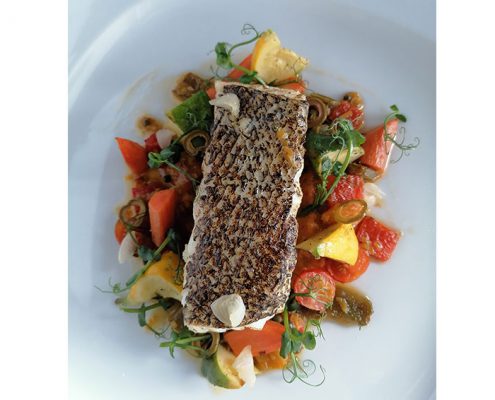 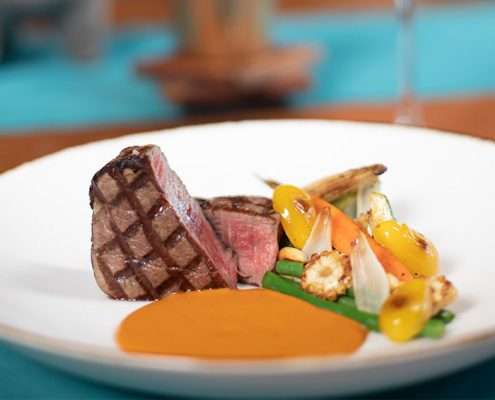 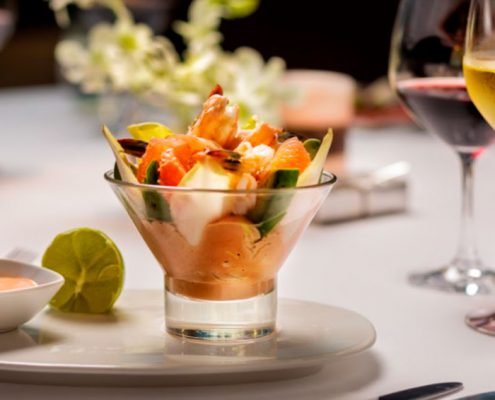 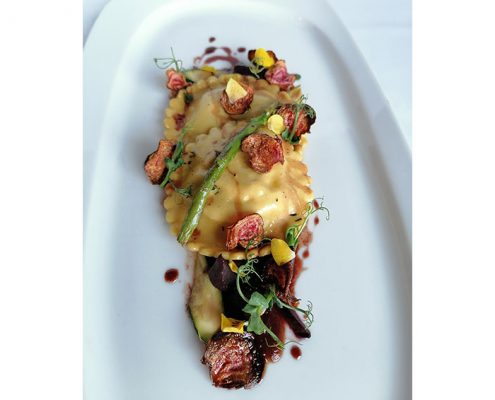 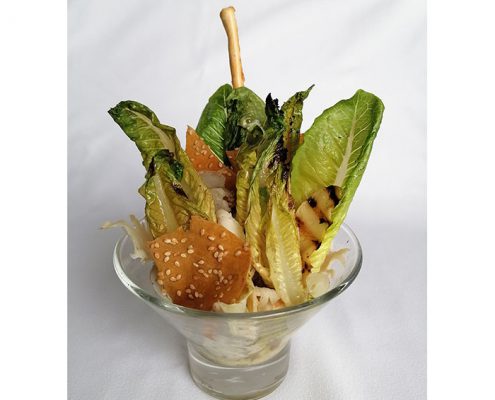