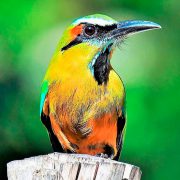 One man knows the forest trails of the Ruta de los Cenotes like the back of his hand and that is Luis Ku, a famous birding guide who lives in Puerto Morelos.

Originally from Temax, a small village in Yucatán, Luis explains that his love of nature dates back to his youth. “Our village was surrounded by ranches and forest and there were many species of birds.” He explains, “I was always interested in nature and the wild creatures and plants I saw around me. I would go looking for them, right up until I went away to university in Merida.”

Luis studied Administration and then moved to Cancun in search of work. He spent 17 years managing the Puerto Morelos Botanical Garden and it was there that he rediscovered his love for nature, learning more about birdlife. He says, “I noticed that the park was a magnet for ornithologists and I would talk to them, learning about the species they were searching for. They invited me to go birding with them. Little by little, I began to give guided tours on request to the Ruta de Los Cenotes, Rio Lagartos, Sian Ka’an and further afield. Eventually, I had so many birdwatcher clients that it became impossible to keep both jobs so I left the Botanical Garden.”

Mexico is one of the world’s biodiversity hotspots and more than half the country’s 1,080 bird species are found right here in the Yucatán Peninsula (550). They include tropical birds such as the keel-billed toucan and temperate species from cooler climates and there are many endemic species, found nowhere else on the planet. Such riches give it great, hitherto untapped, potential as a birding destination for the world’s 80 million birdwatchers. Luis explains that there are a number of great birding zones within easy travel distances of Cancun, including the Ruta de los Cenotes, Coba, Cozumel, Sian Ka’an and Rio Lagartos Biosphere Reserves. Further afield, the archaeological sites of Kohunlich in southern Quintana Roo and Calakmul in Campeche are also worth a visit, along with reserves in the states of Chiapas and Oaxaca.

Luis says, “The Ruta de los Cenotes offers three to five days of fantastic birdwatching, visiting different cenotes such as Boca del Puma, Siete Bocas, La Noria and Kin-Ha and exploring trails through the jungle. Between 250 and 300 bird species have been registered in the area and they are most active early in the morning. Birders can catch a glimpse of keel-billed toucans and collared aracaris, chachalacas, several varieties of trogon, turquoise-browed motmots, flycatchers, colorful tanagers and hummingbirds. He says, “The motmot nests near cenotes, there are pygmy and black and white owls and I know one ramón or breadnut tree that attracts up to 12 toucans to feed at dawn.”

A visit to Sian Ka’an Reserve offers the chance to see jungle dwelling birds such as wood creepers, trogons, black-faced ant thrush and tinamou and wetland species such as herons, jacana and wood storks.

While the incredible sight of thousands of flamingos at Rio Lagartos is the highlight of a visit, Luis explains that bird watching begins along the route through Quintana Roo and Yucatan to the reserve with sightings of hawks such as peregrine and laughing falcons, short-tailed hawk and American kestrel. “It’s an open area with scattered trees, perfect territory for birds of prey.” He adds, “The wetlands of Rio Lagartos are also a haven for endemics such as the Mexican sheartail hummingbird and the Yucatan wren and it is a major area for migratory birds escaping the winter chill of the US and Canada. Migrations actually start in July and August for some species and reach their peak in September and October and the birds leave in March and April. Migratory species include white pelicans, ducks, waders, birds of prey and songbirds.”

Coba and Punta Laguna attract birdwatchers eager for a sighting of the spotted rail and ruddy crake that live in the reed beds surrounding the lagoons and nocturnal birds such as the endemic Yucatan poorwill and the Yucatan nightjar.

Cozumel has its own endemic Cozumel wren and warbler and a shimmering green hummingbird called the Cozumel Emerald.

When asked about his most memorable experience, Luis says, “There have been many, for example in the jungles of the south you see tropical birds such as the endemic ocellated turkey, great curassow, crested caracara, ornate hawk eagle and the largest of them all, the king vulture, but smaller birds such as the white-collared and red capped manakins are also spectacular.

He says, “The thrill of birding in the Yucatan is walking the trails, visiting reserves and seeing a variety of birds every day. It isn’t like Costa Rica where bird watchers are very often confined to a hide waiting for an individual species to appear.”

So the next time you visit the Ruta de los Cenotes keep a lookout for birds and you may even spot Luis Ku with his camera. You can also see his beautiful photos of Yucatan’s birds on Facebook.

Your Concierge can help you arrange unforgettable day trips in the Mexican Caribbean and Yucatan. 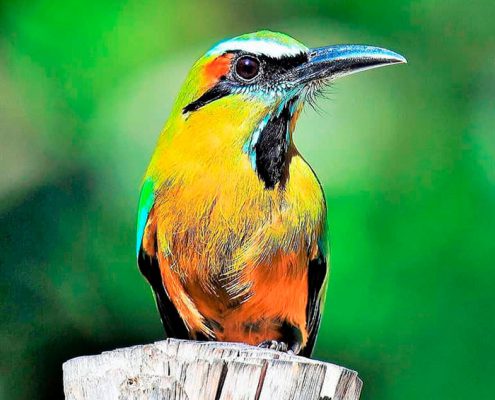 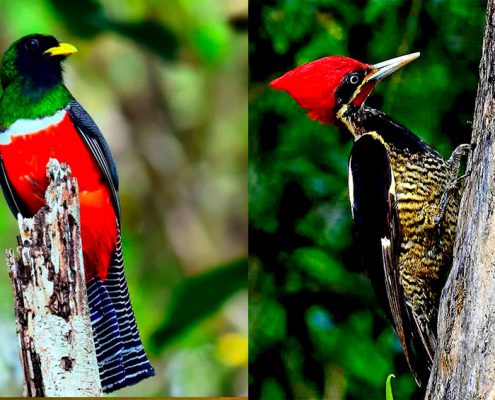 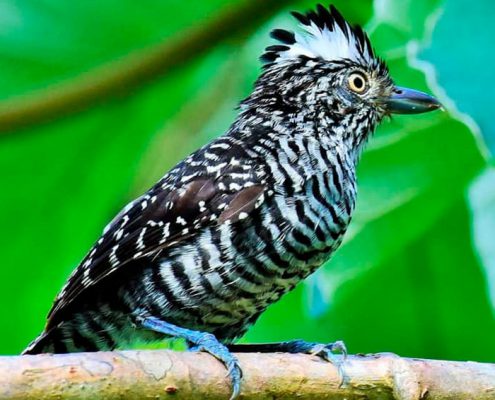 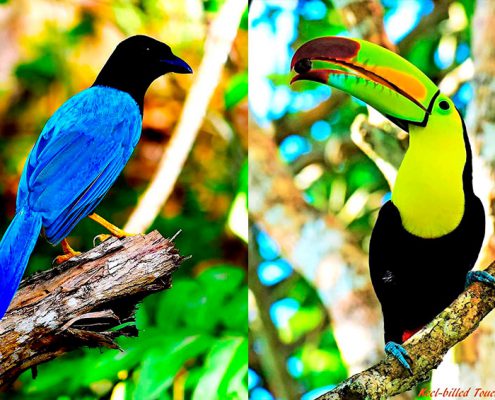 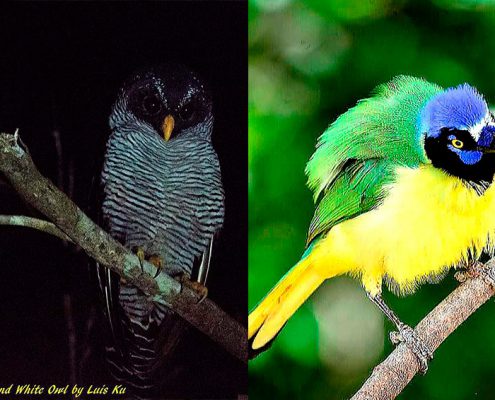 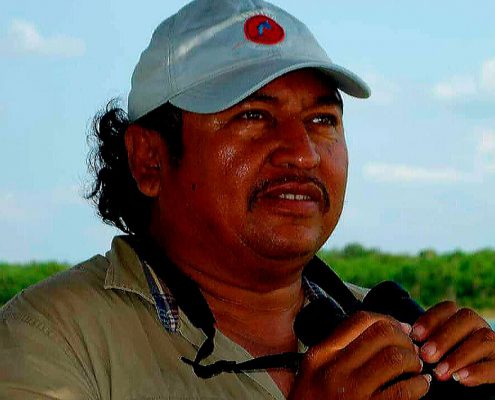 Back on the Maya Trail

Discover the Natural Riches of Puerto Morelos
Scroll to top