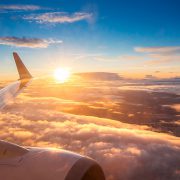 The expansion of Cancun International Airport continues with the construction of a new taxiway for planes landing on runway 2 and the second phase of Terminal 4. When work on Terminal 4 is completed, its handling capacity will increase from 10 million to 14 million passengers. Terminal 2 and 3 will also be renovated this year.
In 2019, Cancun Airport welcomed 25,481,989 travelers, a 1.1 percent increase from 2018.
Cancun International is consolidating its position as an important regional hub with new flights already announced for this year. Starting February 16, Vacation Express will be offering a new Sunday flight from Kansas City to Cancun. The flight will operate until April 5 and will then move to Saturday on May 23 until August 1, 2020.
For Canadian travelers to Cancun, Sunwing is offering a new weekly flight from Hamilton and Air Canada has increased its Vancouver service from four to seven flights a week and has a weekly flight from Quebec City.
Starting March 10, Frontier Airlines will offer a new daily flight from Newark. Spirit Airlines will also start flying from Austin, Cleveland, Nashville, Philadelphia and Pittsburgh in February and March.
In April, Mexican airline Interjet will begin offering a daily Cancun-Miami flight.
For European travelers, Spanish carrier Evelop Airlines is expanding its summer flights on the Madrid-Cancun route with 10,000 additional seats on Airbus 350 planes. It is also adding a flight from Madrid to Cozumel, available from July to September.
Mexican tourism authorities also reported that Tui is set to expand the number of flights it offers to Cancun from the United Kingdom and Germany to cover demand in the wake of the closure of Thomas Cook Airlines. To satisfy demand in the British market, British Airways may also offer an additional flight and Virgin Atlantic may return to Cancun.

Running for a cause, 2020 Royal Resorts Foundation Race, April 25

Cancun celebrates its 50th birthday in 2020
Scroll to top