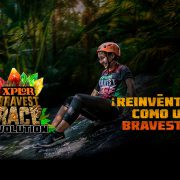 A series of events featuring music, dance, art, film and cuisine in Cancun during October. Artober will culminate with representation of Day of the Dead traditions.