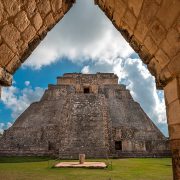 If you plan to go exploring this summer, why not spend a couple of days in the Yucatan visiting the state capital Merida and then heading south in search of Mayan history.

In the Puuc Hills an hour’s drive south of the Yucatan capital, Uxmal is one of the loveliest ancient cities in the Maya World. During the Late Classic period of Maya history (AD 600-900), it was a regional capital, controlling the hills and a chain of smaller cities known as the Puuc Route: Kabah, Sayil, Xlapak and Labna. 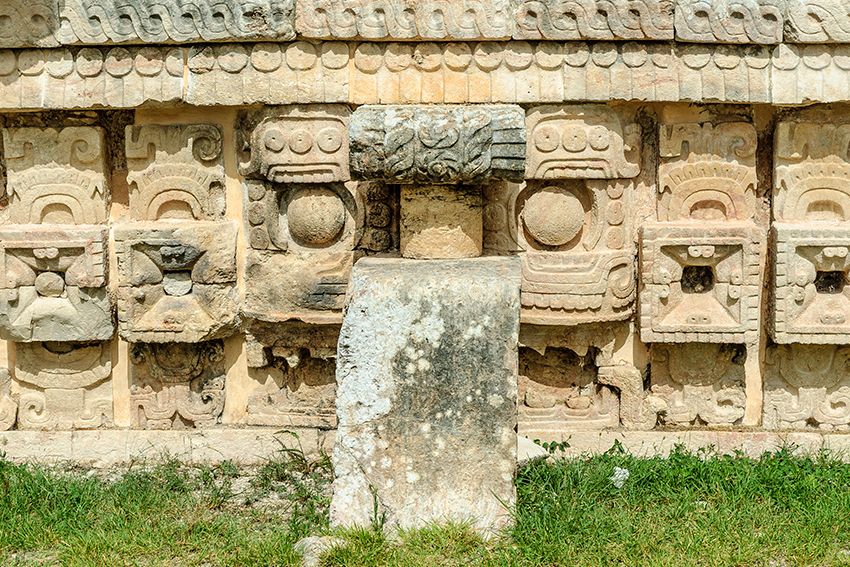 Apart from location, these archaeological sites share a unique architectural and artistic style called Puuc. In recognition of their outstanding beauty and exquisite stone carvings, UNESCO declared them a World Heritage area in 1996.

Most Puuc-style buildings are long and low and feature columns, arches and courtyards. The lower half of the walls are smooth and give way to elaborate carved friezes featuring masks depicting Chaac, the rain god, on the upper section. As water was scarce in the area, Chaac was especially revered. At Uxmal and other sites the Maya built chultunes or reservoirs to store precious summer rainfall. 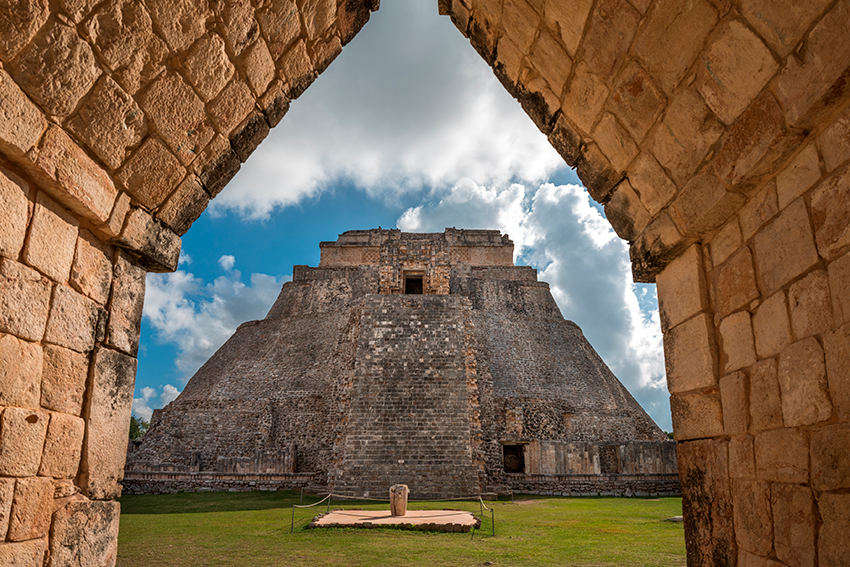 The Pyramid of the Magician soars above the trees, dominating the Uxmal skyline. It calls forth visions of powerful priests and lords ascending the steps to the rooftop temple to chant prayers and burn copal or incense in honor of the gods. Legend has it that the pyramid was built by a dwarf in a night, archaeologists have ascertained, however, that it has five different building phases. Mayan rulers would often erect new temples on top of those of their ancestors, thus concentrating sacred power and legitimizing their own rule.

Owing its name to the Spanish conquistadors, the Cuadrangulo de las Monjas or Nuns’ Quadrangle is a courtyard surrounded by four palace-like buildings with magnificent friezes. Each façade is different: a mosaic of fretwork adorned with two-headed serpents, Chaac masks, owls, jaguars, warriors, and even thatched huts.

An arch leads visitors out on the courtyard towards the Ball Court and a short climb leads them to the Palace of the Governor, one of the Maya World’s greatest treasures and testimony to the genius of long lost artists. A mosaic of geometric designs and masks adorns the façade and the play of light and shadow across the stone creates the illusion of a huge snake undulating across the surface. Snakes were associated with fertility and water, as were turtles, and the façade of the nearby House of the Turtles features sculptures of these creatures.

The Great Pyramid lies on a mound next to the Palace of the Governor; the presence of macaws and parrots on the temple frieze led archaeologists to believe that it was associated with the sun god.

Other buildings at Uxmal include El Palomar (Dovecote), really a series of nine roof crests, the Cemetery, the House of the Old Woman and the Temple of the Birds between the Pyramid of the Magician and Las Monjas. 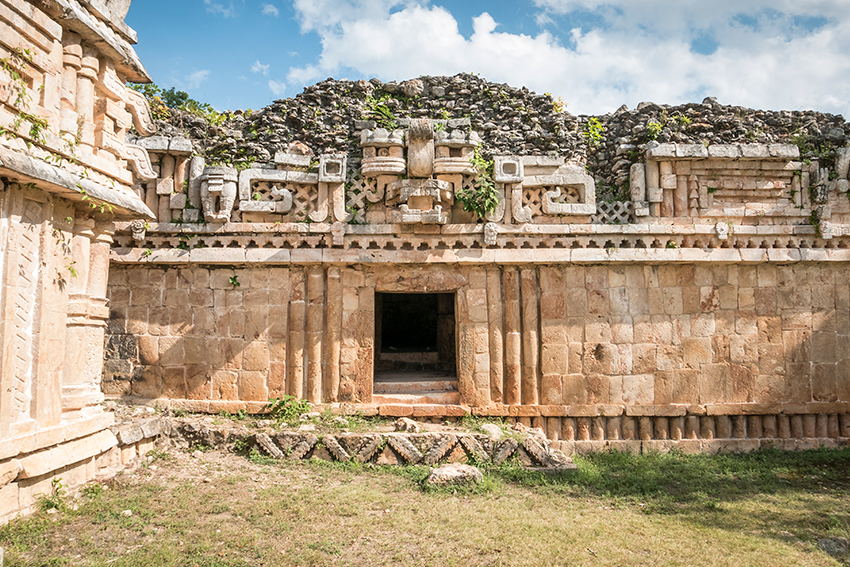 Thirty minutes south of Uxmal, Kabah is the second largest site in the Puuc hills and was one of its vassals. It is famous for the Codz Poop, or the Palace of the Masks, a name that does justice to its magnificent façade consisting of 250 masks depicting Chaac, the Mayan rain god.

Southwest Yucatán offers much more than the Puuc Route. Using Mérida or Uxmal as their base, visitors can call in at Ticul, a pottery and shoe producing community or the bustling market town of Oxkutzcab, explore the caves at Loltún or Tecoh or the archaeological sites of Oxkintok and Chacmultun. There are old henequen haciendas to visit and historic villages along the Convent Route.

The Convent Route is a string of 16th and 17th-century churches and convents in villages along Highway 18. The route starts at Acanceh, which also has a Mayan temple, and continues to Tecoh, Telchaquillo (take the short detour to visit Mayapán, the last ancient city of the Yucatecan Maya), Tekit, Mama, Teabo and Maní, site of a Franciscan convent with a small museum.

Your Concierge can help you plan trips to Merida and Uxmal.

Face to face with the whale sharks