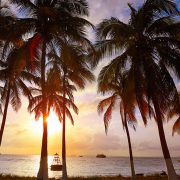 Set sail this summer and visit Quintana Roo’s island treasures: Isla Mujeres, Cozumel, Contoy and Holbox. They are all breathtakingly beautiful and have their own distinctive Caribbean charms. 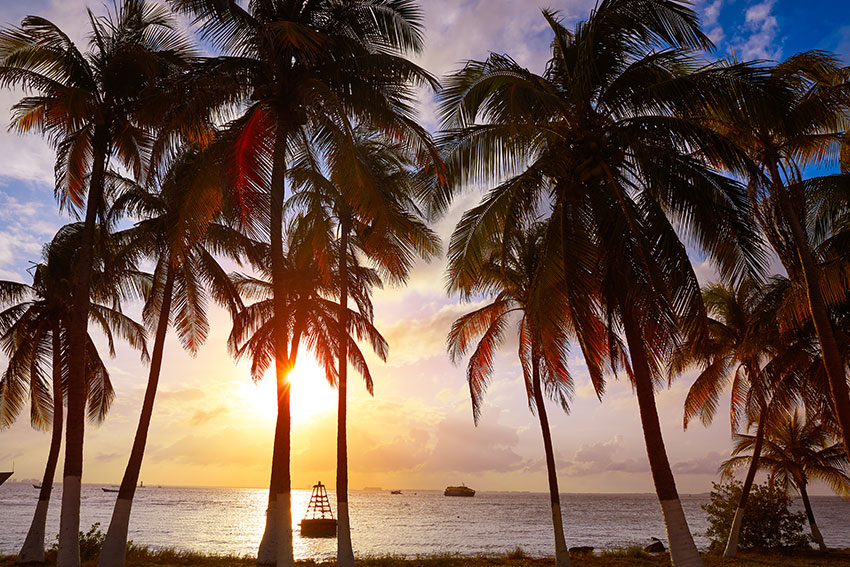 A 20-minute ferry ride across the crystal-clear turquoise waters of the bay from Cancun takes you to Isla Mujeres, “Isle of Women” in Spanish. Isla was so named by the Spanish explorer Francisco Hernandez de Cordoba who first spotted it in 1517 and the statues of women on the rocky southern headland. Like its larger cousin, Cozumel, Isla Mujeres was said to be a sacred place for the ancient Maya and a site of worship for Ixchel, the goddess of the moon and fertility.

Spend the day at picture-perfect Playa Norte, an idyllic palm-lined stretch of sand that often features in listings of the world’s best beaches. Snack on fresh seafood, shop for souvenirs and hire a golf cart or bike to explore the island. The views from Punta Sur are spectacular.

As an alternative, board a yacht or catamaran for a trip around the island, dropping anchor en route near coral reefs in the bay to go snorkeling. If you are a diver, you might want to book a dive trip, the coral reefs around Isla Mujeres are beautiful. Experienced divers might want to go to the Cave of the Sleeping Sharks,a remote spot in deeper waters to the east of the island. This cave was made famous by Mexican diver and filmmaker Ramon Bravo and Jacques Cousteau. Another unforgettable experience in the summer is to book a whale shark watching trip from Isla Mujeres. Your captain and crew will sail you to the whale shark feeding grounds where with an eco guide you will be able to swim and snorkel alongside these gentle giants as they sup on plankton and fish roe.

However you spend your day on Isla, you’ll want to return to Playa Norte or one of the wooden waterfront beach bars to watch the Caribbean sunset. 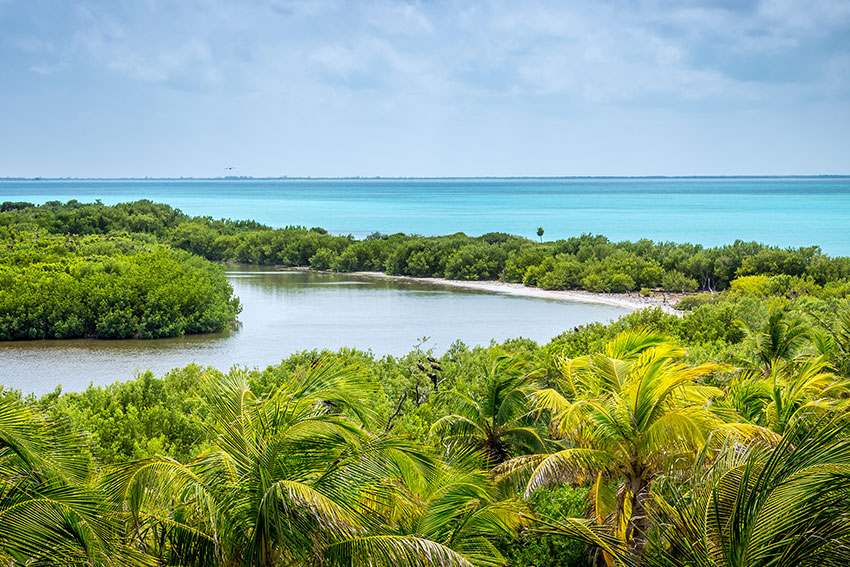 If you are a nature lover, an eco trip to Contoy offers the perfect combination of Caribbean sailing, a day on the beach and wildlife watching. A two-and-a-half-hour boat trip to the north of Cancun and Isla Mujeres, Contoy is a desert island and bird sanctuary.

Birds are everywhere: cormorants perch on the wooden pier, frigate birds and gulls circle overhead on the lookout to snatch fish from smaller birds, dainty terns swoop low over the waves, herons stalk the shallows and the mangroves echo with the raucous cries of nesting pelicans, brown boobies and egrets.

Flamingos and roseate spoonbills can often be spotted and during the winter months the island is a refuge for ducks, plovers, sandpipers and other shore birds that migrate south to escape the cold of northern latitudes.

During your voyage to Contoy, you may be lucky enough to spot dolphins, sea turtles, manta rays or even whale sharks in the summer months. Some boats stop for snorkeling at Ixlache Reef near the southern tip of the island or for a spot of fishing en route. 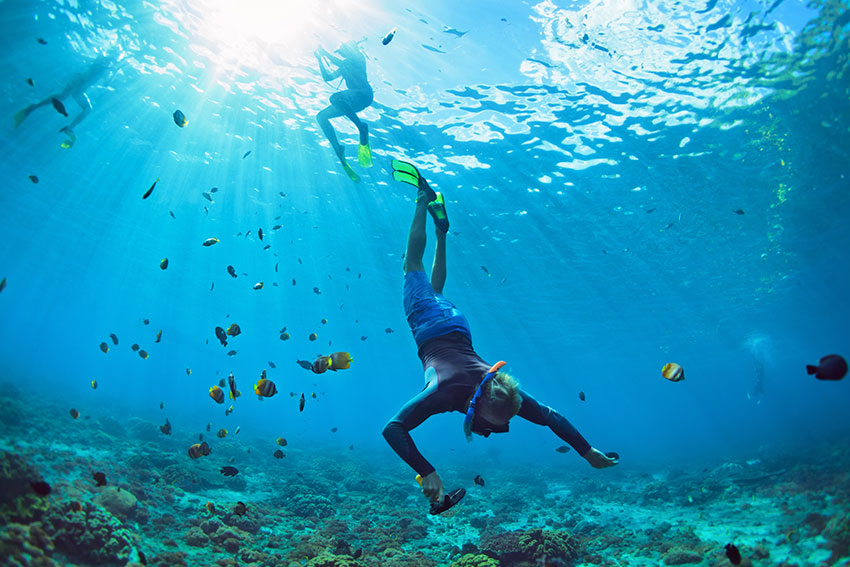 Sail to an island steeped in history and girdled by some of the most spectacular coral reefs in the world, Cozumel. Ferries to Cozumel, Mexico’s largest inhabited island operate from Playa del Carmen to San Miguel during the day.

Spend the day exploring Cozumel’s coral kingdom. The reefs along the west coast and southern headland, including Palancar, Santa Rosa, Maracaibo, Colombia and Punta Sur are world-famous in scuba circles but the island offers plenty of spectacular snorkeling spots too. Start with snorkeling in Chankanaab Park and book trips to other shallow water reefs. Another attraction is El Cielo, a stretch of seabed off the north coast of the island that is inhabited by thousands of starfish.

In addition to its spectacular reefs, Cozumel offers lovely beaches, the wetlands and lagoons of Punta Sur Park and archaeological sites such as San Gervasio in the jungle. If you want to learn more about the island’s history, visit the Museum in San Miguel for a fascinating introduction to tales of Mayan goddesses and merchants and the arrival of Spanish conquistador Hernan Cortez in 1519. 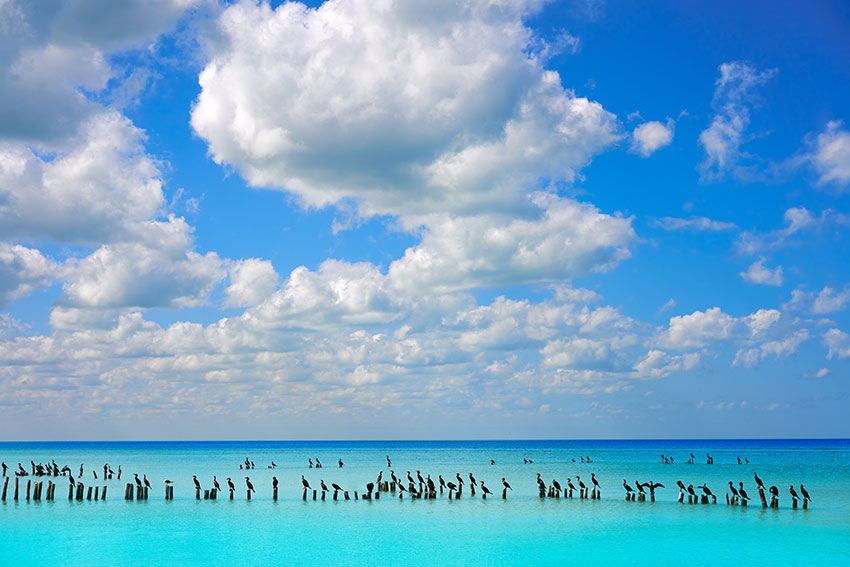 The fourth in the Mexican Caribbean island quartet is peaceful Holbox, a place to leave your cares behind and renew your bond with nature. Hours spent rocking gently in a hammock or walking along the shoreline; fishing and birding trips, glorious sunsets, fresh seafood and the chance to see whale sharks, manta rays and sea turtles in the summer are its charms. Located off the Gulf coast of Quintana Roo, it is a half-hour ferry ride from the port of Chiquila.

Your concierge can help you plan your island hopping adventures in the Mexican Caribbean, charter luxury yachts and book whale shark trips.