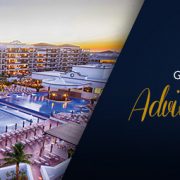 The Advisory Council is comprised of five Owners that represent the Grand Residences Community. They meet at least once a year with representatives from DRM and the Resort Operating Company to review and make recommendations on Resort Operations at Grand Residences for the following year, policies, procedures and issues of interest to Owners.

Current members of the Grand Residences Advisory Council will review all the applications and will vote for a new member in a private election during the 2018 Advisory Council Meeting in October.

The next Advisory Council Meeting will be held in Grand Residences on October 18, 2018.

The duties of the Advisory Council consist of the review of financial statements for the current year’s operations at Grand Residences, all reports presented by Management relating to the maintenance and operation of the resort, the projected budgets for the operation of the following year and proposed Club Service Fees to be paid per interval based upon the reviewed budget for the resort. They also study maintenance and fixed assets programs, proposals for new services and amenities, cost-efficiency operating projects and guest satisfaction survey results among others.

In their capacity as representatives, Advisory Council members raise concerns voiced by Owners in relation to the operation of the resort and follow up on their queries with DRM and the Resort Management Company at the meeting and during the year.

If you love your resort home and are interested in standing as a candidate for the Advisory Council for Grand Residences by Royal Resorts®,

click here to read the eligibility requirements. If you would like to be considered for this important role, fill out the application form.

It is important that you read the Advisory Council Rules in full as they include more information on the eligibility requirements for candidates and the restrictions that could render their application invalid.

Send your application form by email and attach a copy of your résumé and a cover letter stating why you would like to stand for the Grand Residences Advisory Council. Your résumé should include details of current and past employment, your educational background, community work and other relevant career information.
Applications must be received by July 31 to be considered for this year. Interested Owners should send their questions or application form and résumé to:

Get on your Bike at Grand Residences