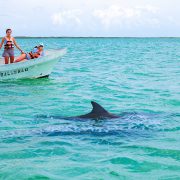 Have you thought about what you would like to do during your next vacation? How about a spot of sightseeing and visits to places you have never seen before? The Yucatan Peninsula has countless natural wonders and historical sites awaiting discovery and your Concierge will arrange unforgettable tours for you. Here are some ideas to get you started.

Explore the Underwater World
There’s an incredible world below the surface! Take the plunge and discover the underwater world of the Caribbean and come face to face with the shimmering creatures that inhabit the reefs. Learn how to snorkel or dive during your vacation and you’ll soon be ready to explore the Mesoamerican Reef, the second longest reef system in the world.

Start your underwater odyssey on the Puerto Morelos Reef, one of the most pristine parts of the Mesoamerican Reef, and then explore other reefs in the area such as those offshore from Cancun, Isla Mujeres, Playa del Carmen, Paamul and Akumal. Take the ferry from Playa del Carmen to the island of Cozumel, a world-famous scuba paradise with magnificent reefs offering dive sites for snorkelers and novice, intermediate and expert divers.

Spend some time admiring the sunken statues in Cancun’s Underwater Museum of Art (MUSA), the largest of its kind in the world.

Other underwater highlights not to be missed during the year are encounters with sea turtles or the gentle giants of the deep, the whale sharks and manta rays that gather during the summer to feed on plankton in the warm waters to the east of Holbox, Contoy and Isla Mujeres. From January to March, experienced divers can also swim with sailfish, the ocean’s fastest predators. 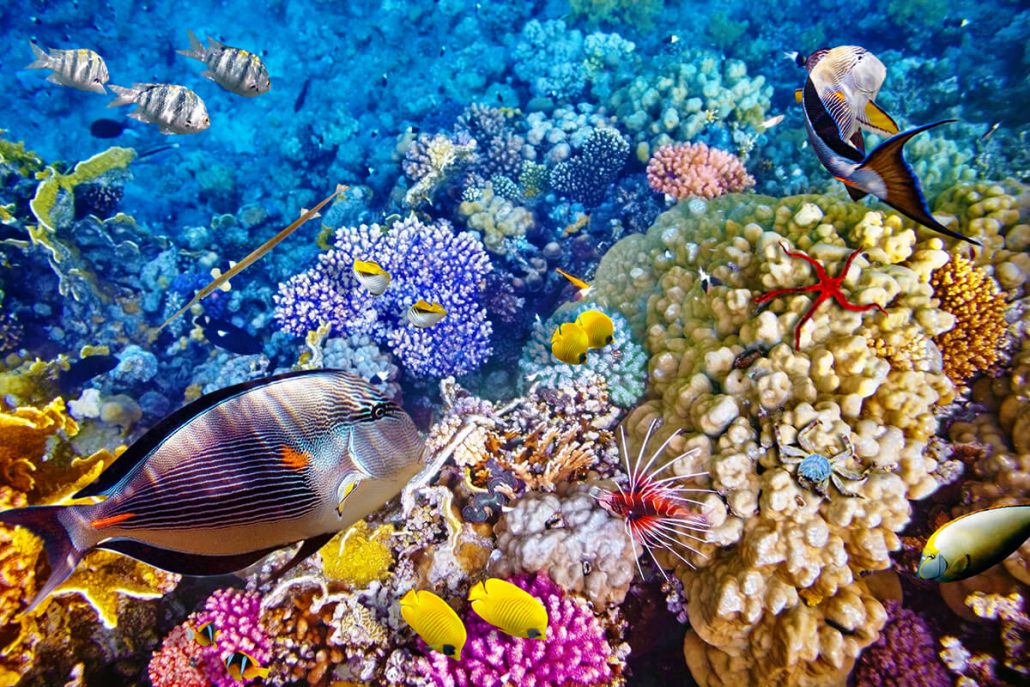 Time Travel
Plan a day or two-day trip to one of the Yucatan’s colonial towns or cities for a glimpse of history and rich traditions.

Heading the list is Merida, state capital of the Yucatan, which just turned 479 in January. There’s so much to see and do there: history, traditions, a tempting dining scene, museums and art galleries and a different cultural event somewhere in the city every night.

Start your Merida tour in the main square, which is dominated by the 16th-century Cathedral, Casa de Montejo, the home of the founding father Francisco de Montejo, City Hall and Government House. Then stroll along Calle 60, which will take you through leafy squares past more colonial churches, the University of the Yucatan, one of the oldest in the Americas, and the belle époque Peon Contreras Theater. The colonial barrios or neighborhoods clustered around the main square constitute the second largest historic city center in Mexico.

Heading north along Calle 60, you’ll eventually make your way to Paseo Montejo, Merida’s famous boulevard. Inspired by the Champs Elysees, it is lined with mansions built at the height of the henequen boom in the late 19th and early 20th century.

Leaving Merida behind, the smaller towns of Valladolid, Izamal and Mani, all classed as Pueblos Magicos (Magical Towns) by the Mexican Tourism Board, have 16th-century churches, sprawling former monasteries or conventos and restored mansions to captivate visitors.

South of Merida, the Ruta de Conventos or Convent Route is a chain of traditional Mayan villages each one with its own colonial church of monastery to visit. They include Acanceh, Mani and Oxtankah and many visitors combine this circuit with a visit to a hacienda, Loltun Caves, Uxmal and the archaeological sites along the Puuc Route.

Further afield, a one-and-a-half-hour-drive from Merida the colonial port of Campeche is a UNESCO World Heritage Site. Its impressive fortresses were built to protect the local population from pirate attacks. 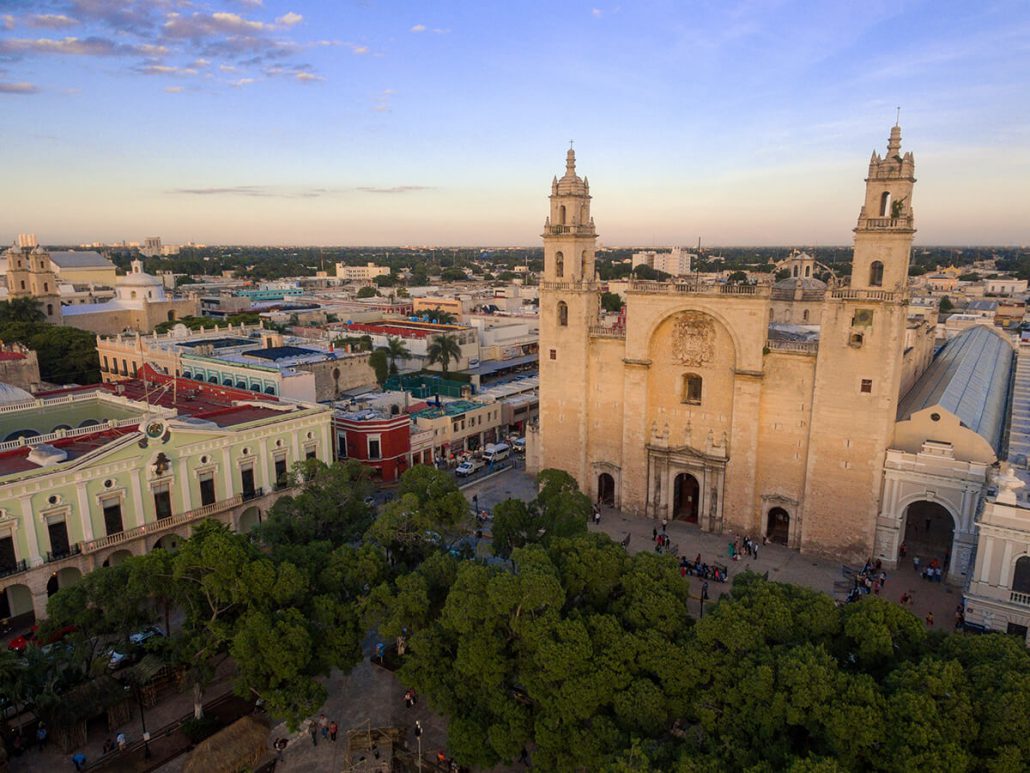 Maya mystery revealed
The whisper of the wind in the trees, the flash as a colorful bird takes flight and a glimpse of ancient temples, the Maya city of Coba has an air of mystery that appeals to the adventurer in all of us.

One of the largest Maya cities discovered to date, Coba is slowly revealing its secrets. A regional capital and trade center, it reached its peak during the Mayan Classic period, A.D. 250-900 and was still inhabited at the time of the Spanish Conquest. After its decline, the jungle engulfed the abandoned temples and palaces and archaeologists estimate that only around 10 per cent of the buildings have been released from its grip.

Experts have deciphered the hieroglyphic inscriptions carved on temples, stone tablets and standing stones or stelae to discover that Coba was ruled by a dynasty of at least 14 kings and queens. They have even identified the names of some of the rulers.

You can explore Coba on foot or hire a bike at the entrance. Follow the paths through the jungle to the different clusters of buildings. The most famous building at Coba is Nohoch Mul, a 42-meter-high pyramid that is the tallest in the northern Yucatán. Other buildings of note are the Coba group, the oldest at the site, La Iglesia, another 24-meter-high pyramid crowned by a temple, the Ball Court, Las Pinturas, Xaibe or the Crossroads Pyramid and the Macanxoc group which has nine circular altars and eight stelae.

Coba is also famous for the sacbes or Mayan causeways that radiate from the heart of the city. To date, 45 of these roads have been detected, including the longest sacbe in the Maya World, which links the city with Yaxuna, near Chichen Itza, a distance of 101 kilometers.

As you explore this jungle site keep a look out for birds such as parrots, toucans and motmot. Agouti, shy, deer-like foragers that are the size of a large terrier scuttle through the undergrowth and families of coatimundis, agile and engaging animals related to the raccoon that have distinctive white snouts and long tails may cross your path. Look at the position of the tail of the lead animal, the matriarch, and you’ll see that all the others are imitating her. Spider monkeys move through the jungle canopy in search of wild figs and zapote fruit and huge blue morph butterflies flutter through forest clearings.

Don’t stop your Maya discoveries with Coba, if you have already visited Tulum or Chichen Itza, why not plan a trip to Ek Balam or Uxmal and the Puuc Route sites (like Chichen Itza, Uxmal has World Heritage status) in the state of Yucatan. You could even organize a private tour and venture south to Kohunlich, Oxtankah and Dzibanche in southern Quintana Roo and Calakmul in southern Campeche, another UNESCO World Heritage Site. 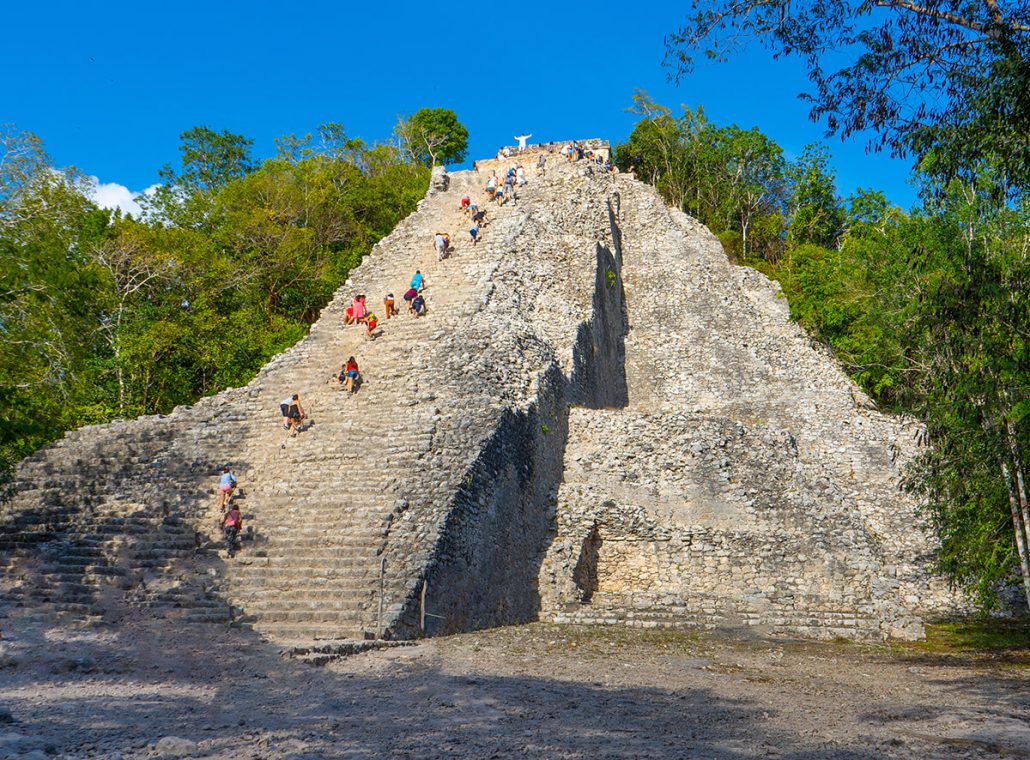 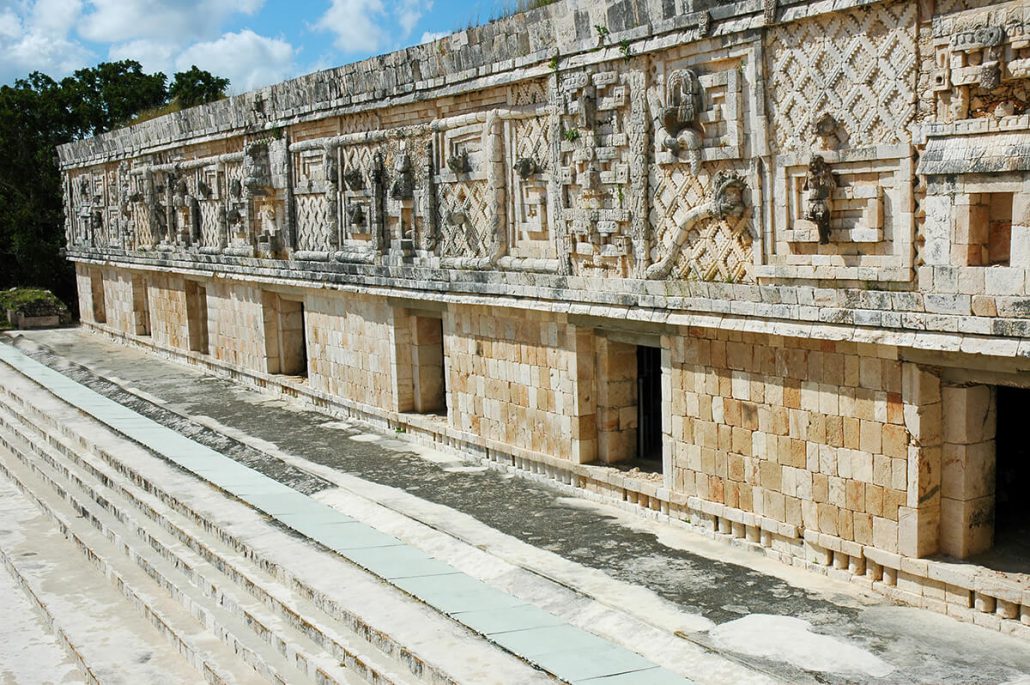 Nature’s wonders
For a glimpse of the Yucatan’s animals and birds you don’t have to venture very far from the resort to see iguanas, coatimundis, crocodiles, parrots, pelicans and osprey. Go exploring the jungle on the Cenote Route and you’ll spot a variety of colorful birds, spider monkeys and deer.

Further south in the Riviera Maya, 10 to 15 minutes north of Coba, is the community-run reserve of Punta Laguna. This pristine area of jungle on the shores of a lagoon is home to spider and howler monkeys, toucans, parrots and turquoise-browed motmots. Ocelots, pumas and jaguars are also said to roam in the remoter parts of the reserve. Villagers act as nature guides and will take you along jungle trails to see the families of spider monkeys feeding in the trees.

For an unforgettable Yucatan wildlife experience, sign up for an eco trip to Ria Lagartos Biosphere Reserve. Fishermen from the village of Rio Lagartos are trained as bird guides and will take you along the ria or estuary and through the mangroves to the coastal lagoons and salt marshes where thousands of flamingos feed. You’ll also see herons, kingfishers, crocodiles, raccoons and more.

For more wildlife watching, visit Sian Ka’an Biosphere Reserve south of Tulum, it’s one of the largest reserves in Mexico and a wonderland of jungle, wetlands, beaches and coral reefs teeming with wildlife. Other area reserves to visit if you are interested in nature include the island bird sanctuary of Contoy, the coastal lagoons and wetlands of Celestun (west coast of Yucatan), Yum Balam (accessible from Holbox) and the jungle biosphere reserve of Calakmul in southern Campeche. 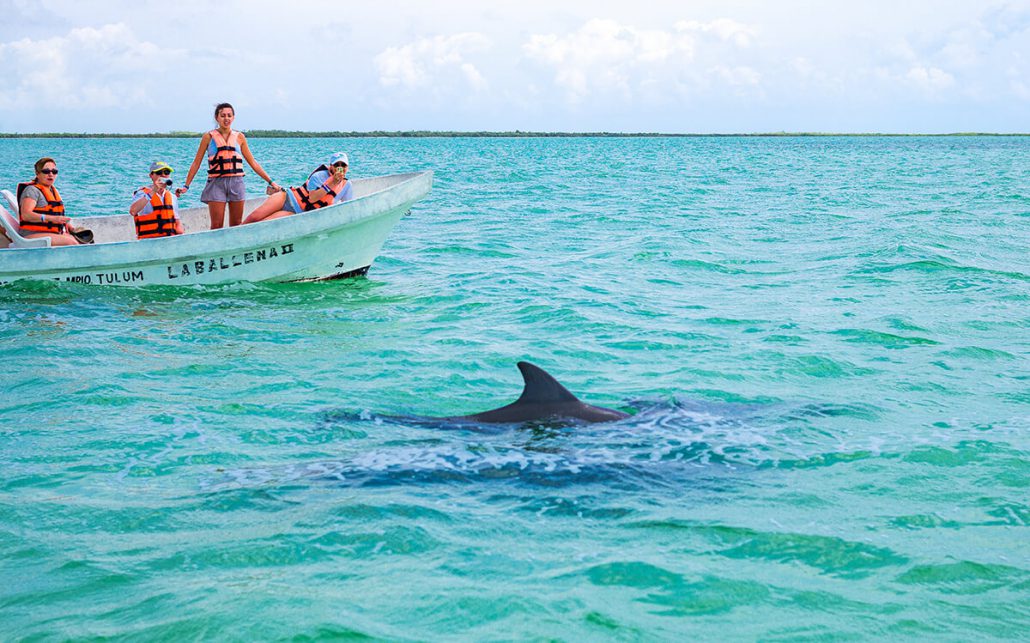 Something New
Discover Bacalar, the spectacular Lagoon of Seven Colors, go bird watching or kayaking in Sian Ka’an or visit one of the Mayan communities in Maya Ka’an. Arrange a private tour to the historic city of Valladolid and combine it with a look at some of the area’s most spectacular cenotes. Swim with the whale sharks in the summer; visit the island of Holbox or even sign up for Mexican cooking class. The Mexican Caribbean and the Yucatan are full of things to do, so start exploring. 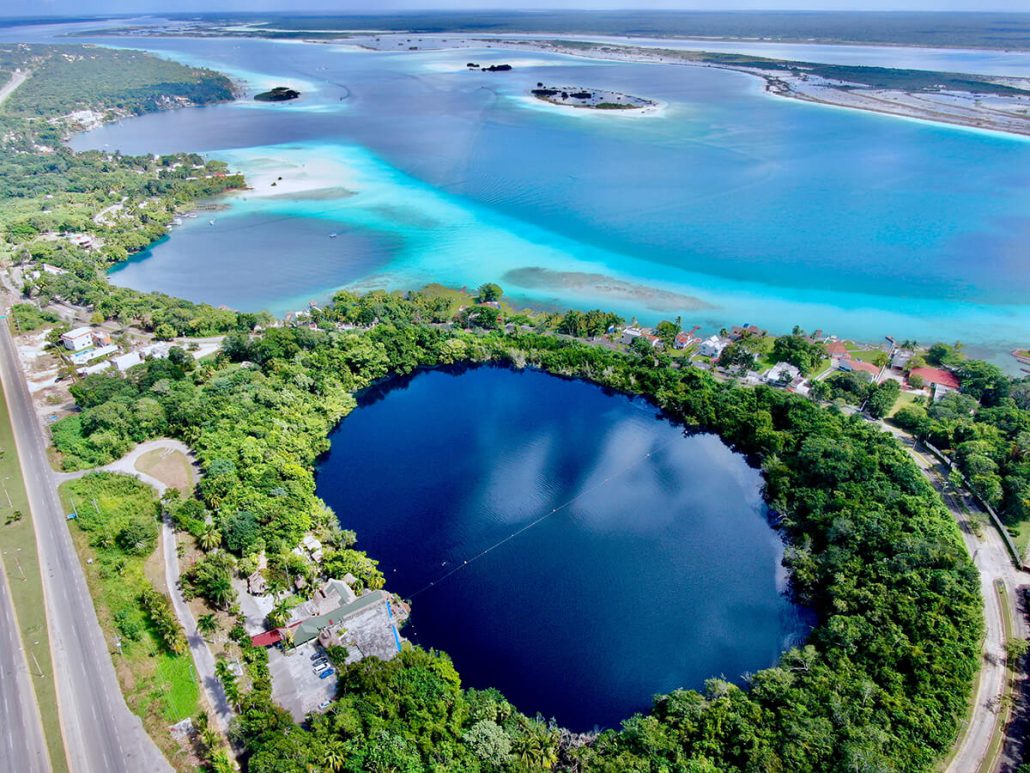