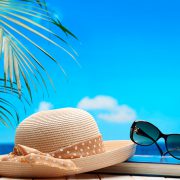 Here are some of the books we are reading right now if you are looking for something for the beach. Some are recent releases but there are some old favorites too. Why not write to us and let us know what’s on your bookshelf or Kindle right now?

Vikram Seth
The story of university student Lata and her mother Mrs. Rupa Mehra who has made it her mission to find her daughter a “suitable boy” to marry. Needless to say, Lata does not agree with her mother’s views and falls for someone entirely different. This story of four families and a host of other characters is a rich tapestry of Indian life in the years following Independence from British rule and Partition.

A Suitable Boy was recently broadcast as a BBC mini series directed by Mira Nair (Monsoon Wedding) and adapted by Andrew Davis who also produced award-winning series such as War and Peace and Pride and Prejudice).

Anne Enright
From the Booker prize-winning Irish author, the story of Katherine O’Dell, a legendary actress as told by her daughter Norah. Early triumphs in Hollywood and success on the stage in London and Dublin, life was all a performance for Katherine. Norah watched from the wings as her beloved mother acted on and off stage, endured heartbreak and entertained the literati and socialites of the day. She watched her go into decline, endure the disappointments of being passed over for roles and become mired in scandal after a bizarre crime. After Katherine’s death, she discovers the secrets that her mother kept hidden from her adoring public.

If you run out of books remember that you have a neighborhood bookstore right on the main square in Puerto Morelos. Alma Libre stocks new and secondhand books.

A Day of Snorkeling Adventures