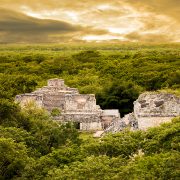 It’s never too early to start thinking about the places you would like to visit on your next visit to the Mexican Caribbean. This year, how about going somewhere new? There’s so much to see in the Yucatan Peninsula and the Grand Residences Concierges will help you plan some incredible travel adventures. Here are some ideas to get you started. 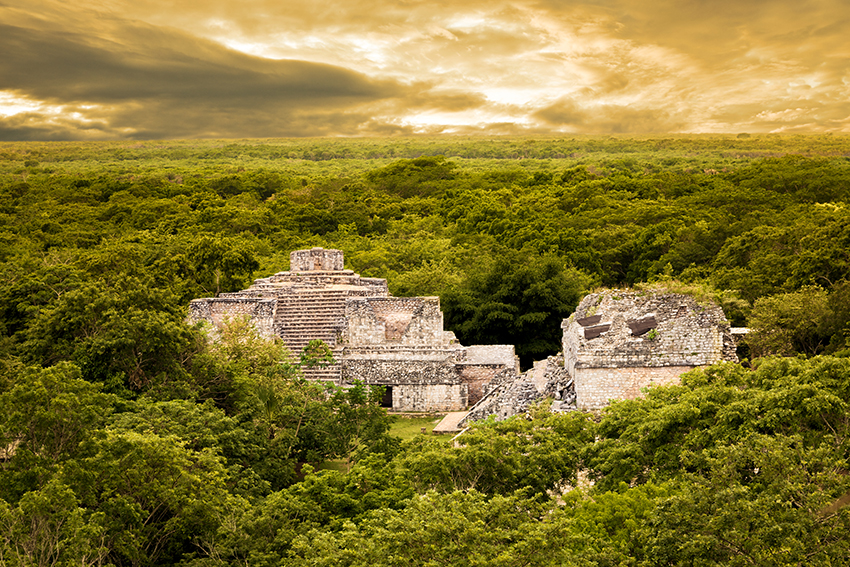 Visit some of the ancient cities that dot the Yucatan Peninsula and as you explore majestic temples, palaces and and pyramids, you’ll learn more about the Maya and their art, architecture and scientific achievements.

You may have been to Chichen Itza before but there is always something new to see as archaeologists continue to make discoveries during excavations in different parts of this huge UNESCO World Heritage Site. And don’t stop at Chichén Itza, how about a trip to Ek Balam, Coba or to Uxmal, the Yucatan’s other World Heritage Site, the most important archaeological site on the Puuc Route south of Merida?

If your Mayan discoveries look set to take you further afield, other major sites include Kohunlich and Dzibanche in southern Quintana Roo, Xpujil, Becan, Chicanna, Balamku and Calakmul in southern Campeche and Palenque in Chiapas. 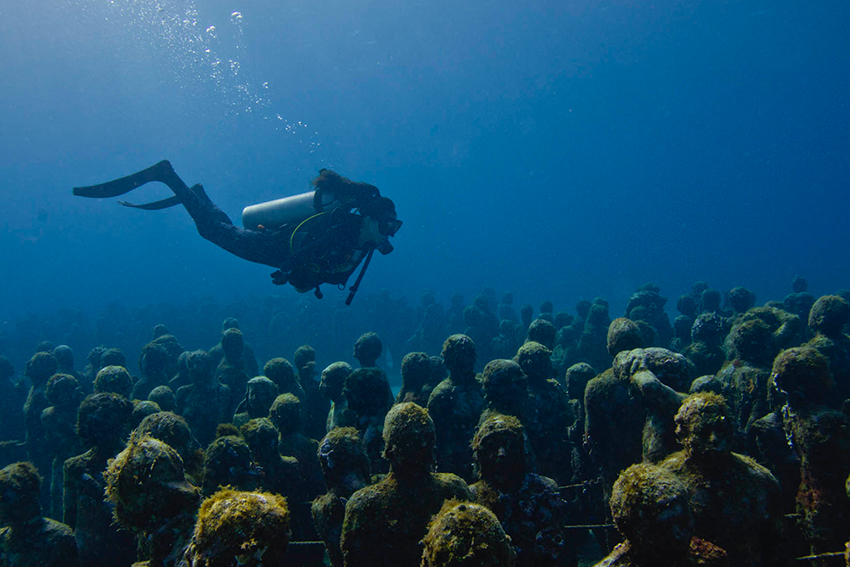 Dive right in this year and discover the underwater world of the Caribbean. Learn how to snorkel or dive during your vacation and you’ll soon be ready to explore the Mesoamerican Reef, the second longest reef system in the world, and come face to face with the countless colorful creatures that inhabit the corals.

Start your underwater odyssey on the Puerto Morelos Reef and then explore other area reefs in the Cancun- Isla Mujeres area, Playa del Carmen, Paamul and Akumal. Then venture to the island of Cozumel, one of the world’s most famous scuba destinations where magnificent reefs offer dive experiences for snorkelers and novice, intermediate and expert divers.

Try something different; mix your underwater adventures with art. Spend time admiring the sunken statues in Cancun’s iconic Underwater Sculpture Museum (MUSA). Corals, sponges and sea fans are fast colonizing the sculptures and they are becoming a refuge for reef fish and lobsters. 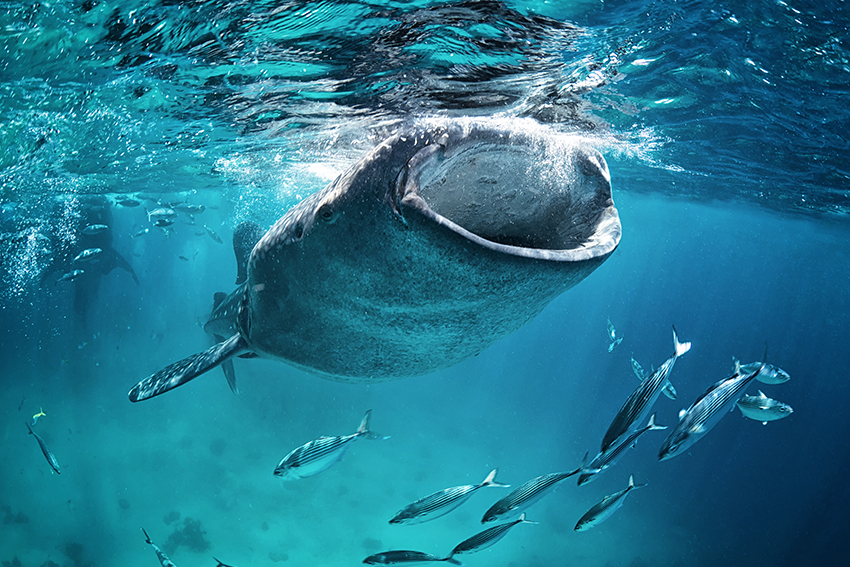 Swim with the Ocean’s Giants

If you are traveling to Grand Residences this summer, sign up for an unforgettable eco experience, a boat trip to see the gentle giants of the deep, the whale sharks.

From mid-May to mid-September, whale sharks gather to feed on plankton blooms and fish roe in the waters to the east of Contoy and Isla Mujeres and also off Holbox Island and Cabo Catoche.

The trip takes you out to the whale shark feeding grounds where you will see the world’s largest fish wherever you turn and swim with them too. You may also spot giant manta rays, sea turtles and dolphins. 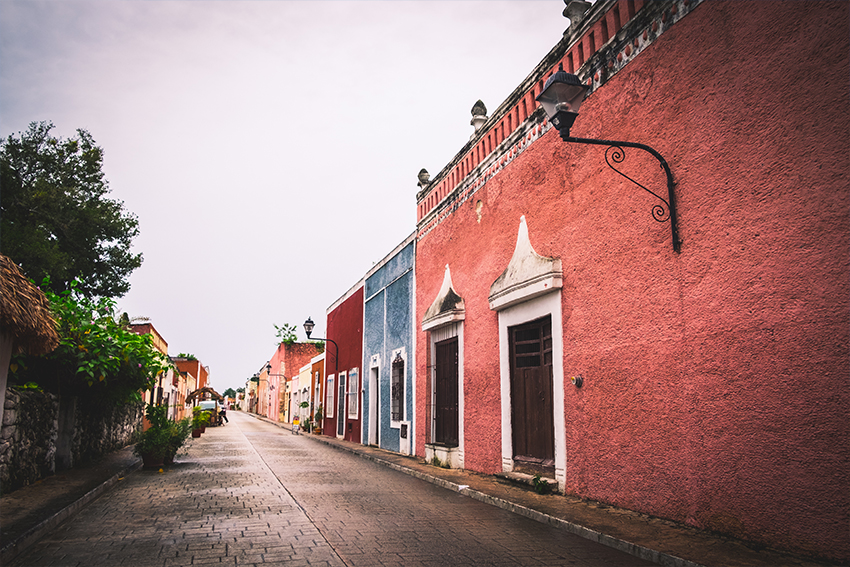 Journey back in time on your next vacation and visit Yucatan’s twin Pueblos Mágicos, (Magical Towns), Valladolid and Izamal. They are a window on the area’s colonial history, provincial life and area traditions.

The Mexico Tourism Board created the Pueblos Mágicos program to promote lesser known Mexican villages and towns that have their own charm and magic due to their handicrafts, cuisine, colorful fiestas, pre-Hispanic or colonial architecture or outstanding natural beauty. Valladolid and Izamal have something to offer in all these categories.

You can easily spend the whole day in Valladolid, the nearest of the two towns to Cancun and the Riviera Maya (a one and a half hour drive). Stroll through the main square dominated by the San Servacio Church and then make your way along Calzada de Los Frailes, a street lined with restored colonial houses, to the sprawling San Bernardino Church and Sisal Convent. At 10 a.m. you can join a guided tour of Casa de Los Venados, a restored colonial mansion that is not only a home but also a private museum with more than 3,000 pieces of Mexican folk art (admission charge is a donation to charity).

After having seen gorgeous Mexican textiles, ceramics and colorful wood carvings in Casa de Los Venados you’ll be ready to start shopping for your own Mexican collection. There are several craft stores in the main square and on Calzada de Los Frailes, along with a perfumery and a chocolate workshop. Call in at La Casona on Calzada de Los Frailes to see the shrine to La Candelaria, the patron saint of Valladolid; it’s a mosaic made from fragments of Talavera pottery.

Festooned with tropical creepers and ferns, the eerie Zaci Cenote is an impressive sinkhole a couple of blocks from the main square. There are many more of these mysterious natural wells to visit in the surrounding area, the most famous of which are Dzitnup and Samula.

As you leave Valladolid, call in at the Mayapan Distillery where the blue agave plant is harvested, cooked, crushed and the sugary sap distilled using traditional artisanal techniques to make a tequila-like spirit. 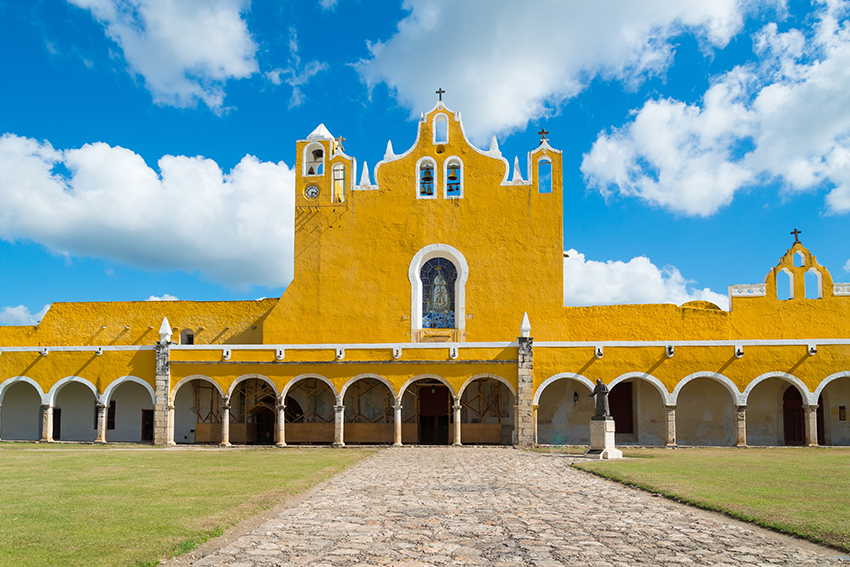 Izamal is the Yucatan’s very own “city of gold,” a reference to the yellow and white trim on the imposing 16th-century convent and colonial buildings clustered around the main square. Located 158 miles from Cancun, this peaceful little town is often called the “city of three cultures,” a reference to its ancient pyramids, Spanish heritage and the traditions of today’s Mayan inhabitants.

Founded in 1549 and completed in 1618, the San Antonio de Padua mission is home to the Virgin of the Immaculate Conception, the patron saint of the Yucatán. The fortress-like building is also said to have the largest closed atrium in Mexico and one of the largest in the world, with no fewer than 75 arches.

From the Convent, you can see Izamal’s other huge landmark, the Kinich Kakmo pyramid where the ancient Maya once worshipped the sun god. Standing 35 meters high, it is the third largest building in Mesoamerica in terms of volume. Indeed, over 20 major Mayan buildings have been found in and around Izamal, along with a network of sacbes or ceremonial roads, house mounds and tombs. 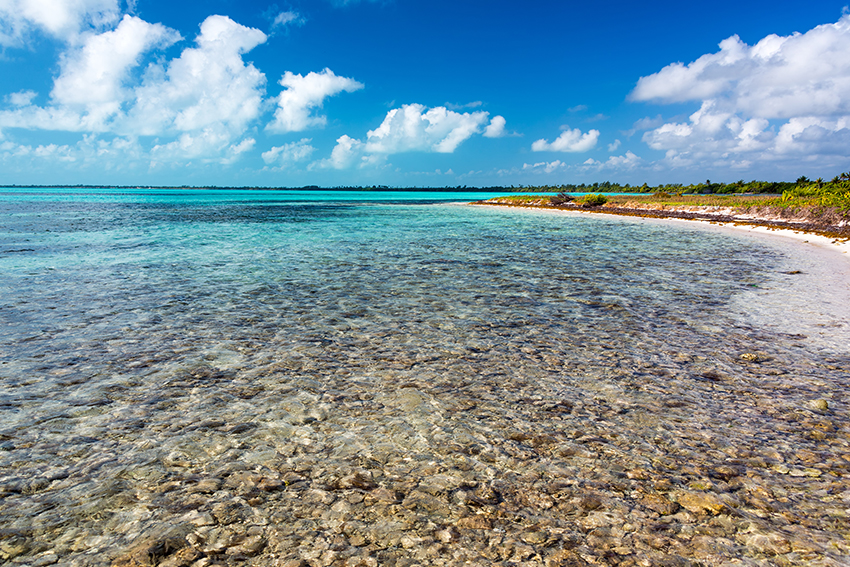 Plan a visit to Sian Ka’an, a vast biosphere reserve of jungle, wetlands, beaches and coral reefs that is home to a host of species of birds, mammals and marine life, many of them endangered. If you are a nature lover, Sian Ka’an is a must. Several different day trips are available, some taking you through the jungle and wetlands, others giving you the chance to meet some of the inhabitants of the area.

Protected by government decree since 1986, Sian Ka’an is home to 103 different mammals including the jaguar, peccary, tapir, howler and spider monkeys, and the West Indian manatee. It has one of Mexico’s largest crocodile populations and is an important nesting area for sea turtles. However you are most likely to see birds on your trip: over 330 resident and migratory species have been registered here in the jungle and wetlands.

Sixteen varieties of heron nest in the mangroves along with roseate spoonbills, ibis, wood stork, cormorants, frigate birds and pelicans. Toucans, parrots, motmots, ocellated turkey, chachalaca and great curassow are some of the forest dwellers. The reserve also protects a tiny colony of the rare jabiru stork, the largest bird in the Americas.

Sian Ka’an means “where the sky is born in Maya” and the ancient Maya hunted, fished and traveled the wetlands. To date 23 archaeological sites have been registered in the reserve and Mayan communities are still clustered on the borders of the reserve.

Many Sian Ka’an trips begin in Muyil, an archaeological site in the jungle that is a short walk from Muyil Lagoon where visitors board an outboard motor for an exciting boat trip through the wetlands.

The boat enters a channel through the mangroves that was widened and dredged by the ancient Maya and used as a trade route between the Caribbean and inland cities. A small temple guards the waterway and after you have taken a look it is time for a swim. The water is clear, shallow and you literally drift along with the gentle current.

Another Muyil trip offered as part of the Maya Ka’an community tour collection shows you how the white sap of the chicozapote tree is tapped and cooked to make chicle, the natural gum that is the original raw material for chewing gum.

Another option is to visit the fishing village of Punta Allen on the shores of Bahia de la Asuncion, the largest community in the Sian Ka’an Reserve. The inhabitants earn their livelihood from the sustainable capture of lobster and from taking visitors on birding, fishing and diving trips, nature walks, kayaking and bike excursions.

Booking your day trips
Your Concierge can help you plan unforgettable outings to all these and many more beautiful spots in the Yucatan and even further afield.

Spread the word about Grand Residences
Scroll to top