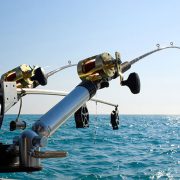 The tricycle is the traditional form of transport in rural communities throughout the Yucatan Peninsula and its use continues to this day in cities such as Cancun, Merida and Playa del Carmen. In addition to transporting people and farm animals, triciclos are used by street vendors to carry their merchandise, including bread, fresh fruit, plants and food. Playa del Carmen has decided to celebrate this custom with a competition to select the most colorfully decorated tricycle, followed by a procession along 5th Avenue to Fundadores Park. In the park, festivalgoers will be able to enjoy live music and snack on some of the classic dishes sold from the tricycles such as cochinita pibil tacos, esquites (corn kernels served with cheese, cream, lime juice and chilli powder), marquesitas, homemade peanut brittle and other Mexican candies.

Plan your World Travel with the President’s Circle