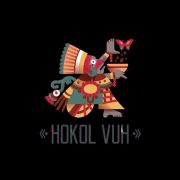 Leading chefs from Mexico and other countries are gathering in Merida in June for the Hokol Vuh, a culinary festival that pays tribute to Mayan cuisine and culture.
Nineteen star chefs including Enrique Olvera (Pujol, Mexico City), Jorge Vallejo (Quintonil, Mexico City), Roberto Solis (Nectar, Merida), Albert Adria (Enigma, Spain) and René Redzepi (Noma, Denmark and Tulum) have already confirmed their participation in the festival. The program features conferences, tastings, two 10-course dinners and a festival party.
The chefs will visit fishermen, bee keepers, farmers and renowned Mayan cooks before preparing recipes of their own inspiration celebrating the flavors of the Yucatan.

For the fifth year running, divers, marine biologists, nature lovers and filmmakers will gather in Cozumel for Scuba Fest, an event celebrating the beauty of the island’s reefs. The keynote speaker is Dr. Sylvia Earle, National Geographic Society Explorer-in-Residence and founder of the Mission Blue alliance, who will give a lecture on Diving in Mexico and ocean conservation initiatives.
Festivalgoers will also see the premiere of Cozumel: un Paraiso en el Caribe Maya, a documentary about Cozumel and the Mesoamerican Reef directed by underwater filmmaker and photographer Karlos Simon.

Xplor Bravest Race is a fun 5-kilometer race through the jungle with a course of 30 manmade and natural obstacles to test your strength and bring you into contact with the elements: water, earth fire and wind. One of the elements will be your ally during the challenge.
As you run through the jungle, you’ll encounter rival Elementals who will motivate you to race harder and also try and prevent you from reaching the finish line and steal your flag. With the help of your Element ally, you can defy them and even turn the tables on them taking their flags. Competitors who complete the race with flags representing all four elements are The Bravest.
Up to 3,500 people will be competing in this event. Minimum age of competitors is 16. http://en.xplorbravestrace.com/about-xplor-bravest-race.php

Hosted by Xcaret Park, the Festival of Life and Death Traditions showcases one of Mexico’s richest and most colorful customs, the Day of the Dead or Día de Muertos, which takes place on November 1 and 2. At this time of year, Mexicans believe that the souls of the departed come back to the world of the living for a short time. They welcome their loved ones with altars laden with flowers, food, treasured possessions and other offerings, and with candlelit vigils, masses and serenades.
The Festival program features processions, altars, traditional cuisine, art exhibits, music, dance, theater, children’s events and a visit to the colorful Mexican cemetery.

New Grand Residences App designed to save you time on vacation