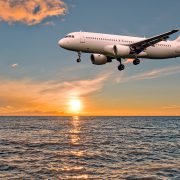 Another Mexican budget carrier VivaAerobus is boosting its regional flight network with flights from Cancun to Queretaro three times a week, making it easier for tourists to discover El Bajio, the historic region of central Mexico famous for the cities of Queretaro, San Miguel de Allende, Guanajuato and Leon.

In good news for visitors who would like to explore the Maya World, Aeromar begins flights from Cancun to Merida in June, and from Merida to Villahermosa-Tuxtla Gutierrez-Oaxaca-Mexico City.

Due to growing demand, Air France-KLM is boosting its Cancun flight schedule to four flights a week from Paris year round.